The social and economic effects of the coronavirus raise the alarm for Puerto Rico to seek a “new” solution to poverty and adopt the universal basic income or UBI.

The profound economic and social effects of the coronavirus pandemic around the world have put an old idea on the table: the creation of a universal basic income.

Before the pandemic, Andrew Yang, a U.S. Democratic presidential candidate, made the UBI (Universal Basic Income, an initiative that seems to be gaining more followers around the planet) one of the main proposals in his race for the White House.

Last February, Yang – a Silicon Valley businessman – stepped down from the race now led by Joe Biden. But after the world came to a virtual standstill due to the COVID-19 pandemic, some places are beginning to implement a trial run of UBI – which has actually been analyzed for at least half a century -.

In Spain, last April, Prime Minister Pedro Sánchez´s coalition government approved “a minimum living income” for vulnerable families. This month, Germany has begun a pilot plan that will grant about $1,400 a month to a thousand people. In Canada, where some four and a half decades ago the so-called “Manitoba experiment” took place, new outlets in the Niagara area (a region shaken by the collapse of tourism) reported the approval of a UBI pilot plan at the end of July.

In an interview with Negocios, Sergio Marxuach, director of public policy at the Center for a New Economy (CNE), María Enchautegui, an economist at the Youth Development Institute (IDJ, Spanish acronym), and José R. Oyola, former assistant director of the U.S. Comptroller’s Office (GAO) and also an economist, agreed on the need for Puerto Rico to explore and implement a UBI for its entire population, particularly for individuals and families who are unable to escape “the poverty trap”.

“One check away from poverty”
The three economists believe that these paychecks to families – which have taken many forms even in the United States – may be more effective in fighting poverty than current social assistance programs, which in addition to creating a stigma on families that need such assistance, seem designed to “undermine” the potential of their members.

“Now we are all one check away from poverty,” Enchautegui said, referring to the tens of thousands of unemployed the coronavirus pandemic has left.

“Poverty is a problem of economic development, it is a problem that affects the competitiveness of Puerto Rico,” the economist stressed.

According to Marxuach, ironically, the pandemic has become something of a pilot project for UBI.

For Marxuach, if it weren´t for the financial support through the federal CARES Act, “the pandemic would have caused even worse damage” in terms of evictions, food or money to pay for services.

The Pandemic Unemployment Assistance Program (PUA) expired on July 25 and the Donald Trump White House and the Democratic Congress did not agree on a second round.

“The way this should be seen is that it should be cheaper to have such a program than to grant disconnected benefits,” Oyola said.

“But in Puerto Rico, they seem to be more concentrated on solving the status problem than the poverty problem.

Politicians still don’t understand that there will be no solution to the political status issue without solving the problem of poverty,” added the economist.

What is the UBI program?
Unlike PAN and other social assistance programs, where having a job leaves people out from state assistance, UBI is designed so that people receive a minimum income from the state as their life evolves, Oyola said.

It is an economic complement to the income generated by an individual and goes beyond emergencies or economic “shocks” such as the one caused by the coronavirus.

According to Oyola, the universal basic income program has been under discussion for at least 60 years and in the United States, its implementation has been suggested by both conservatives and liberals.

Initiatives such as the Family Assistance Program that President Richard Nixon unsuccessfully promoted prove that approach to dealing with poverty, Marxuach recalled.

The federal food stamp program came to Puerto Rico in the 1970s.

But in those years, economist James Tobin — who at the request of the late former governor Rafael Hernández Colón, examined Puerto Rico’s finances and economy — advocated that the United States adopt specific strategies in “the war on poverty”.

Among them, Tobin suggested large-scale cash transfers to increase household available income and give families the discretion to use such resources.

According to Enchautegui, the benefits of such programs are clear.

“You reduce family tension, you can focus on your children’s education, that’s what almost all studies show,” she explained.

In countries like Brazil and México, Enchautegui said, the UBI granted to families is conditioned to children completing school or meeting the criteria for vaccination.

“Nobody gets out of poverty with coupons, that mitigates some effects, but it is not a ticket out of poverty,” the economist added.

In Manitoba, according to an analysis by economist and academic Evelyn L. Forget published in 2011, five years of so-called “Mincome” to the residents of that Canadian province served to reduce hospital visits by 8.5 percent, as well as doctor visits while more teenagers could complete twelfth grade.

Marxuach told Negocios that critics of UBI claim it is an expensive program that benefits both low-income and high-income families.

Furthermore, according to Oyola, this type of program has not advanced because once the state implements the program, politicians lose their leading role assistance “providers”.

On the other hand, if the program does not have autonomy and specific criteria to use the money to break the cycle of poverty, politicians may feel tempted to change it in order to get votes.

The Results of Social Assistance
Over the years, the United States has developed a myriad of social assistance and financial security programs, including Social Security, Medicare and Medicaid programs, and the Earned Income Tax Credit (EITC).

Although Puerto Rico has been part of such initiatives, recent studies show a constant increase in poverty levels, particularly among children.

Last May, Enchautegui and her colleagues at the IDJ published an analysis of the effects of the pandemic on children in Puerto Rico. The exercise only served to prove that, instead of reducing, poverty keeps increasing on the island.

According to Enchautegui, over the past two decades, 58 percent of children in Puerto Rico have lived below the poverty level without anyone seeming to care.

Enchautegui said that the aid granted through PAN is equivalent to about $4 per day for each member of a household.

If the pandemic continues and there is no additional aid, the child poverty indicator in Puerto Rico could increase to 65 percent.

“These are not numbers, they are children, households, in many cases single parents, they are mothers, female-headed households,” Enchautegui said.

A UBI program for Puerto Rico
According to these economists, although most social assistance programs in Puerto Rico are federally funded, there is money and also regulation to implement the UBI program on the island.

The effort spearheaded by the IDJ proposed to gubernatorial candidates that each child in Puerto Rico receive a monthly income of $100 to $150 regardless of the income generated by the households.

Unlike the EITC or the dependent deduction that adults claim on their income tax returns, the UBI would complement family income throughout the year.

“A triple hit,” Enchautegui said, would be for the government to complement the UBI program by promoting education for children between 0 and 4.

Oyola explained that like it is beginning to happen in other parts of the world, Puerto Rico must present the federal government with “a pilot plan for the UBI program”.

Although Oyola recognized the degree of political polarization in Washington, he explained that the federal government is desperate for initiatives that will reduce the cost of social assistance in the United States and assured that all current federal programs in Puerto Rico allow for the creation of pilot projects to maximize the allocated funds.

The economist added that, in the case of Puerto Rico, municipalities should manage the UBI program, especially because that is the government structure that best knows the needs of the families and they can also complement with other services to ensure that participants have what they need to break the cycle that keeps them behind.

Meanwhile, the CNE is exploring how to finance the UBI program with the island´s own resources and not only with federal money.

According to Marxuach, each year the Alaska Permanent Fund sends a “dividend” of $2,000 to $3,000 to each family. The dividend is paid from the royalties that oil companies make to the state, Marxuach explained.

“If Puerto Rico were to make an effort to attract these pharmaceutical and medical device companies, why not separate a slice of what they pay and create this universal income,” said Marxuach.

According to him, that slice could be separated from the government operation in a special fund, establishing governance criteria for its use.

A bipartisan group of House lawmakers unveiled a stimulus plan to send a 2nd round of $1,200 direct payments and reinstate federal unemployment benefits 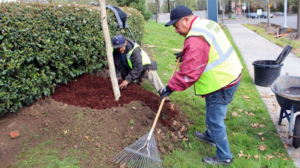 For many Americans work is something to endure, rather than celebrate

Why philanthropies play an important role in welfare innovation 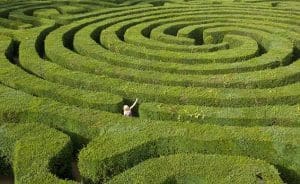 Over 110,000 Americans Died While Waiting to Qualify for Their Social Security Disability Benefits in the Last Decade 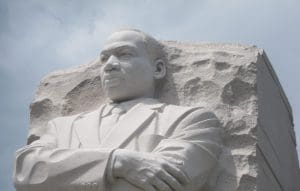 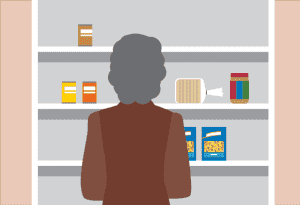 Solving the Problem of Food Poverty Through Universal Basic Income 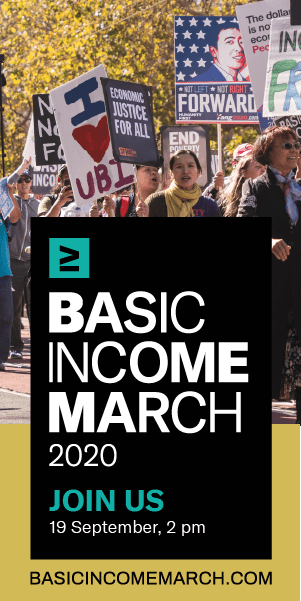