Jobs! Growth! The economy! Despite a divided political landscape, it is a relief to know that there is something, anything, that everyone can agree on. We need better jobs, more jobs, higher paying jobs and jobs with better benefits. While the two parties may disagree on how to achieve this goal, the desire for growth is a uniting force. “We need to stimulate the economy” is one of the only political statements that can be safely uttered at Thanksgiving without starting an argument between Mom, Grandma and Uncle Steve.

However, I choose to go against the grain. I argue that the economy needs to stop growing; in fact, I think it should shrink. The future of our environment depends on all of us consuming and working a lot less.

A nation’s gross domestic product is the monetary value of all the goods and services produced in a given year. It’s a measure of production, but also one of consumption. In the United States, GDP grows at an average rate of 3% per year. If this growth slows or stagnates, a recession ensues, causing businesses to fail, rates of unemployment to rise and poverty rates to increase.

A growth rate of 3% per year may not sound like a lot. However, this means doubling our gross domestic product every 25 years. This is unsustainable, especially when we consider the fact that the average American lifestyle is putting great strain on the planet. We cannot afford to double the amount we produce and consume. We will eventually run out of resources. Instead, we need to radically reshape our relationship to work, consumption and production.

It may be a relief to know that the solution to the world’s problems means producing, and therefore working, less. How often is it that we have a problem that can be solved by working less hard, not more? Less work means more time spent with family, friends and pursuing hobbies.

However, we cannot radically change our consumption patterns without creating a society that can accommodate it. In its current form, the American economy relies on growth. If consumption were to significantly slow and GDP were to shrink, millions would lose their jobs and their ability to support themselves. Resource extraction might be killing the planet, but there are still very few people who don’t rely on the production of goods and services to put food on the table.

This is why individual action, while crucial, will not be enough to create the country we need. We can’t expect individuals to consume less without creating an economic system that can adjust to this change. We must advocate for a new system, one that prioritizes individual flourishing over economic growth. While this may seem like an abstract concept, there are real policy suggestions that could push us in the right direction.

Universal basic income, for instance, would allow individuals to work less or not at all without compromising their ability to provide for themselves. Providing everyone with food, healthcare and housing is also a crucial step. This will move us away from a system that prioritizes near constant growth and towards one that will benefit both individuals and the environment.

To some this idea is horrifying. Why would people work if they could survive without doing so? Wouldn’t society collapse? Americans have an aversion to giving money, food and housing to people who “haven’t earned it.” However, we have reached a point where advancements in technology mean that not everyone needs to work. In fact, it would be better for the planet if the majority of us worked less.

There’s also no reason to believe that everyone would suddenly stop working entirely. Many people enjoy their jobs and the sense of purpose they get from them. There are a lot of people who want to make more money than the bare minimum that they need to survive.

We can create a future that encourages both human and ecological flourishing. In order to do so we must look toward policy changes that would allow for us all to work and consume less. Rather than prioritizing economic growth, we must slow production if we wish to avoid an ecological catastrophe. It will be hard to realize all the changes that must be made. However, I believe it is possible to create a better, kinder world for both humans and the environment. 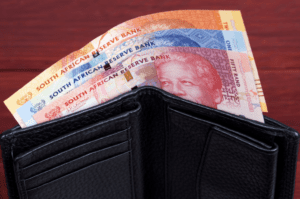 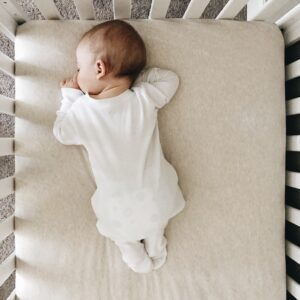