ANDREW SCHWARTZ, In These Times

Chuck Fassi, 49, a self-described introvert with a heavy New England accent, has spent much of the past two decades working 55-plus-hour weeks for a business that services chemical dispensers for industrial kitchens. In March, he did something he never thought he would do: Sign up for an improv class. He says it lets him “use parts of my brain that either I hadn’t used in a while or could use a little exercise.”

The $100-a-month class is a non-negligible expense for the Fassi family, which was thrust into financial precarity in 2017 when Chuck lost his $75,000-a-year job, just as his daughter, Janelle, now 20, was moving into her college dorm. Chuck eventually got a job, similar to the previous one, servicing corporate cafeterias around New England for a company based in North Carolina. But money remained tight, and the crisis underscored for the Fassis that long and unfulfilling hours at his job are a financial necessity.

Then things took a turn. In the summer of 2018, Janelle, an intern with the New Hampshire Young Democrats, attended a talk by an obscure Democratic presidential candidate, entrepreneur Andrew Yang, who was referred to as the “Asian Bernie.” Yang’s keystone proposal is a universal basic income, or UBI. Under his proposal, the government would send every citizen over the age of 18 $1,000 every month, no strings attached. Yang is piloting his idea by personally giving the money to one person in New Hampshire, with similar plans for one person in Iowa. Janelle nominated her parents.

During an interview for the program, Chuck talked over turkey chili about his tumultuous discharge from his longtime job. He had rebelled at working 60-hour weeks—and, as a manager, having to ask others to do the same. But losing his job made him fret about how to pay the mortgage and Janelle’s tuition.

His wife, Jodie, told her story, starting with night shifts through pregnancy and, more recently, scrambling to sell the second car and preparing to sell the house should it become necessary, and ramping up her $10,000-a-year house-cleaning service.

Yang’s unrehearsed manner made a good impression on the Fassis, but they never gave the program a second thought, given that their income is roughly New Hampshire’s median. But Yang called in December 2018 to say that Jodie had been selected. Jodie was stoked; Chuck cried.

So far, the Fassis have spent the money to help finance Janelle’s tuition (neither parent attended college). It also has made them feel secure enough to spring for indulgences like Chuck’s improv class.

“I know it’s just a political stunt, and sometimes I feel like we’re being used,” says Chuck, who also worries that a more deserving family is out there. But he never feels paraded around and says of Yang, “I like the guy. I agree with his policies.”

Rumors among New Hampshire youth aside, Yang does not bear particularly close resemblance to Bernie Sanders, policy-wise. Though Yang supports Medicare for All, his preoccupation is automation, which he believes will soon render vast sectors of the American workforce obsolete, from retail and manufacturing to white-collar realms such as law and journalism. UBI, his theory goes, would preempt economic collapse while empowering ordinary people in a turn to what he calls a “human-centered capitalism.”

UBI is not a new idea, but its proponents are famously strange bedfellows. Many on the Left see the appeal but fear it could ultimately function as a Trojan horse for the libertarian small-government ideology that animates some of its support. Yet some, like Duke professor Kathi Weeks, advocate a living-wage UBI on feminist-Marxist grounds. A properly administered UBI, Weeks says, might go toward the “unremunerated productive activities that we do,” like the unpaid domestic labor long relegated to women, while opening space to question our glorification of the “work ethic” and conceive of other, better values. Whether Yang’s less-than-living-wage proposal could, for Weeks, constitute a “tolerable baby step” toward the fundamental social transformation she desires hinges on the “expansiveness” of Yang’s goals. Does he blithely dismiss all forms of government welfare as “bureaucracy”? Would the small wage be enough to open up space outside of the daily grind to reflect on how we structure our work and lives?

Jodie believes Yang’s UBI could be a “game-changer for blue-collar workers.” Chuck says he “detests” his new job and, if he had a long-term UBI, would pursue a community-oriented small business. In Goffstown, Chuck says, “you take a walk and there’s nobody outside. … You have all these houses and nice neighborhoods and no neighbors are interacting because everybody is either commuting down to Boston or working 50, 60 hours a week, and they’re just too tired.”

To address her dad’s social isolation, in February Janelle set him up on a “man-date”—Chuck’s term—with a previous co-worker of hers, Peter. Coffee went swimmingly, and, inspired by an improv show the family saw in Concord and feeling at relative financial ease, Chuck suggested he and Peter take the improv course. In April the class put on a showcase. “The last thing I ever thought I would be doing,” says Chuck. “Performing in front of strangers.” 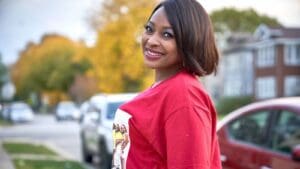 Universal Basic Income has been a ‘lifesaver’ to families during coronavirus pandemic: California mayor

‘It’s our duty’: How giving Canadians a basic income can improve health and reduce costs

A Monthly Basic Income Changed This German’s Life, and Then the Lives of 650 Others

Even brief stays in poverty can cause children lifelong harm, and money helps prevent poverty.

A single mother of three in Jackson, Mississippi, received $1,000 a month in basic income for a year. Here’s what happened. 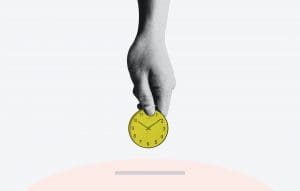