To view a short video of Andrew Yang, click here.

“We are undergoing the greatest economic transformation in our history, and we are dealing with it by pretending nothing is happening.” —Andrew Yang

Published by CNN just hours before the town hall they provided to 2020 Democratic presidential candidate Andrew Yang on Sunday, April 14th, this op-ed piece was written by Andrew Yang to introduce CNN’s viewers and readers to his candidacy, the idea of universal basic income, and why he sees UBI (or what he calls a Freedom Dividend) as a necessary bipartisan adaptation of capitalism to the disruptive effects that technology is having on the economy and the American public it’s leaving behind through the automation of employment. —Basic Income Today

(CNN)—I never thought I’d run for president. My parents were immigrants to this country — and leader of the free world was not on the list of careers presented to me as a skinny Asian kid growing up in upstate New York.

Instead, I became a lawyer for five unhappy months and then an entrepreneur. In 2011, I started a nonprofit organization, Venture for America, to help bring talented young entrepreneurs to create thousands of jobs in Detroit, Cleveland, St. Louis, Birmingham, Baltimore and other cities around the country. I chose those cities because there I experienced the aftermath of automation and witnessed the devastating effect it had on people’s lives.

And then Donald Trump became President. 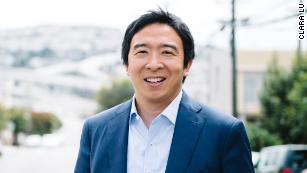 For Americans who are still trying to figure out why Trump is President, the answer is simple — we automated away millions of manufacturing jobs in the Midwest, and Trump spoke directly to the fear and anger of those voters. He promised them that he would restore those jobs — a promise on which he has notably failed to deliver. Here’s the reality, though: The financial crisis of 2008 brought our 14 million manufacturing jobs (itself a low plateau from the 17 million in 2000) down to 11.4 million, and 10 years of expansion has only brought us back up to 12.8 million.

But what happened to manufacturing workers will soon happen to retail workers, call center workers, fast food workers, truck drivers and others, as the next Industrial Revolution takes hold of our economy. Bain, a leading consulting firm, projects automation will disrupt jobs at about three times the rate of the Second Industrial Revolution, which sparked thousands of strikes and mass riots at the turn of the 20th century.

If you doubt that this is already happening, consider that America’s labor participation rate (the ratio of people who are working compared to the total population aged 16 and over) today has fallen to 63%, about the same level as Ecuador and Costa Rica. In the US, almost one out of five prime, working-age men have not worked in the past year, and our life expectancy has declined for the past three years, in part due to surges in drug overdoses and suicides. This is before a projected 33% of American malls and retail stores may be forced to shutter their doors, and it might not be long before truck drivers are replaced with self-driving trucks. 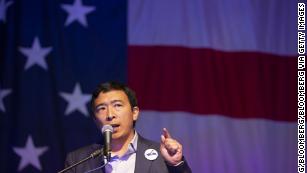 The challenge for the Democratic Party is to solve the problems that got Trump elected. However, when I went to Washington in 2017 to meet with lawmakers on this issue, no one wanted to touch automation and the changing state of our economy. But here’s the reality: We are undergoing the greatest economic transformation in our history, and we are dealing with it by pretending nothing is happening. I have two young children, and I have no intention of leaving the country in shambles for them.We need to wake up to the fact that it is not immigrants who are causing economic dislocations. It is technology and an evolving economy that is pushing more and more Americans to the sidelines.

We must reformat our economy to work for Americans around the country. My plan consists of three major pillars: First, I would offer a freedom dividend — or a universal basic income of $1,000 a month for every American adult starting at the age of 18. Thomas Paine, Martin Luther King Jr.and Milton Friedman were all for this idea. This would create over two million new jobs and ease the transition of an evolving economy for tens of millions of Americans. It would be paid for by a new tax that falls most heavily on the big winners of artificial intelligence and robotics, such as Amazon, Google, Facebook and Uber. 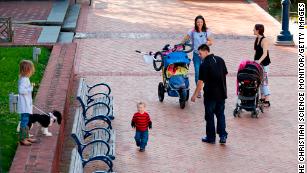 Second, I would introduce Medicare for All. We must separate access to quality health care from one’s employment — especially given that 94% of new jobs created from 2005 to 2015 were temporary, contract, freelance and gig-economy jobs that do not necessarily include quality benefits. This would free up many Americans to pursue different opportunities and ensure those who are already employed under these increasingly common arrangements access to health insurance.

Third, I would encourage a human-centered capitalism. What good is a high GDP if some, or even many, Americans are left behind? We should instead measure our progress through our average health, childhood success, mental health, environmental quality, affordability and other metrics that would actually tell us how people are doing.

In other words, we need to build a trickle-up economy from our people, families and communities up. This is the only way to create a path to prosperity for most Americans during a time of unprecedented technological change.

This may seem like science fiction to you. But you are reading this on a supercomputer, Trump is our President and your local mall might have just closed. We are living in unprecedented times and must rise to these 21st century challenges.

So, why am I the right candidate to tackle this challenge?

I see these problems clear as day, and I am bold enough to propose solutions to fix them. This vision is attractive to people across the political spectrum, and since announcing my candidacy, our national “Yang Gang” has welcomed former Trump supporters, libertarians and progressives — who all see that the path is not left or right, it’s forward. More than 90,000of these individuals have donated an average of $18 to our vision, and we are set to make the debate stage in June.

Trump is the symptom, not the problem. His solutions are to turn the clock backward, build the wall and bring old jobs back. I’m suggesting we do the opposite — accelerate our economy and society and move us forward to solve the problems that got him there in the first place.