WASHINGTON — Andrew Yang looks at his phone and laughs: “Everyone thinks I’m going to announce for mayor tomorrow.”

It’s been less than a month since Yang dropped out of the presidential race, and he’s in a good mood. He’s sitting at a small table in a small office in New York City, a day after he made headlines saying he’s considering running for New York mayor.

Around him are a dozen staff members and volunteers sitting at desks lining the walls. It looks like a pretty standard start-up office — free snacks, office supplies stacked all over — along with an added flourish: Yang bobbleheads.

“Looks really good! Great job!” Yang belted out to them.

He was preparing to announce the launch of his next new venture. It’s called “Humanity Forward,” a political nonprofit designed to push the agenda he embraced as a first-time candidate whose quirky style and out-of-the box ideas captured the imagination of a good chunk of the Democratic electorate. The core issues: a universal basic income for all Americans provided by the government, a “human centered-economy” and “data as a property right,” Yang said.

Yang went from complete unknown to fringe candidate to beating out sitting governors and senators. Watching him campaign, it was clear he had caught the bug, and that he wouldn’t take long to sulk before he got back in the fray.

The end was bittersweet, he said. “For the first number of days afterwards, it was very bewildering,” said Yang, dressed in his signature outfit of blue pants, powder blue shirt sans tie, and navy blazer with a MATH pin. “And there were times over the next number of days where I would just like randomly feel like waves of sadness or waves of invigoration or waves of loss. It actually still happens.”

Almost immediately after he dropped out, Yang said he received a “surprise” call from CNN to come on as a contributor. The campaign trail-to-cable news move is a very conventional path trod by many former candidates, but perhaps surprising for Yang, who prided himself on being the non-politician politician of the 2020 race. But Yang said it was a chance to keep his ideas and himself in the conversation.

“Familiarity really helps with electoral success, where people feel like they know you and they’re like comfortable with supporting you in some form. So I thought that this would be a really good step,” Yang said.

Behind the scenes, he and Zach Graumann, his former campaign manager, had been hatching Humanity Forward. Graumman, who founded and ran a nonprofit of his own before running the campaign, will head up the organization at the onset. The idea took shape as it became clear that Yang’s path in the Democratic primary was closing.

“The only questions were exactly what form the new organization would take,” Yang said. “The fact that there was going to be a new organization, everyone sort of assumed.”

They gave themselves two days of rest (“that was a little over-ambitious,” Yang laughed) and got back to work, aiming to launch quickly. The hurry-up energy in the office this week had the feel of a campaign.

Humanity Forward will first focus on launching pilots of Yang’s ideas to show they work, starting with a $500,000 pledge to distribute universal basic income checks to “residents in one town in New York state.” They haven’t chosen the town yet.

Yang also plans to help bankroll and campaign for candidates for lower offices who embrace his signature universal basic income proposal. And he wants to use his nonprofit to convene political and technology bigwigs to generate ideas on how to get younger and disengaged voters interested in the political process.

“I get why [young people] would just check out, because so much of it seems like bullshit and it’s really negative,” he said. “We need to present a vision that young people can see themselves in and get excited about. We have to speak to them in their own language, in their own environments. We think we can reach people in really fun and funny ways that will make politics seem exciting and relevant to them.”

That was something Yang’s campaign did well. It thrived online using non-traditional avenues. So the first step is returning to the platform that launched him from obscurity: a podcast. (Yang’s appearance on Joe Rogan’s show early last year was a turning point for him.)

Yang said he won’t be hosting a show per se, but instead hopes to have “conversations” with thought leaders and average people.

“I’ll be like, ‘Let me tell you what I think about the area you’re a world class expert in and I don’t know jack shit about!’” Yang joked, poking fun at other podcasts.

Yang has been hands-on for the launch of his nonprofit, more than he could as a presidential candidate. He almost seems more comfortable doing this than campaigning.

“My experiences as an operator where you actually build an organization and a lot of times the most valuable things that are happening will never be seen by the public,” Yang said. “And that’s a much more comfortable seat for me than the camera-chasing guy.” (Despite the “go on CNN and spread his ideas” thing.)

After running a “longer than long-shot” campaign, Yang and his staff seem confident the new venture will push the ideas he ran on into the bloodstream of the Democratic Party. In time, he hopes to make universal basic income the new Medicare for All, where candidates either have to “support it or come up with their plan to address the same issues.”

Is Yang going to run for office again? Probably. He clearly enjoyed campaigning, even as he insists he’s an introvert who had to work hard to get used to being in the spotlight.

He said his focus is on solutions and if that means seeking office, great. But “if we could accomplish these goals and no one knew who the fuck Andrew Yang was, I would be a-okay with that.” 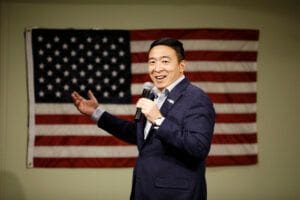 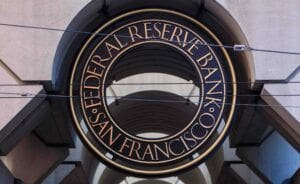