Dorsey, who backed Yang’s presidential run, says he wants his donation to drive more experimentation about UBI in the U.S.

Jack Dorsey, the billionaire CEO of Twitter and mobile-payment company Square, is giving $5 million to Humanity Forward, a group launched by former Democratic presidential candidate Andrew Yang to build the case for a universal basic income.

Dorsey, who plans to give away $1 billion of his wealth through a fund called Start Small, announced the seven-figure donation on the newest episode of Yang’s podcast, “Yang Speaks.” Dorsey told Yang that a universal basic income, or UBI, was a “long overdue” idea and “the only way we can change policy is by experimenting and showing case studies of why this works.”

Yang says Humanity Forward plans to immediately distribute Dorsey’s contribution in the form of small cash grants of $250 to nearly 20,000 people who’ve lost their jobs or taken an economic hit as a result of the Covid-19 pandemic. Yang’s group has already given away nearly $2 million in direct cash assistance to help communities reeling from the coronavirus pandemic.

“Not only will Jack’s donation directly impact tens of thousands of people in need during the current economic downturn, it will help Humanity Forward and our movement continue to make a case for universal basic income in the United States,” Yang said in a statement. “We know UBI for every American is possible, and this $5 million from Start Small is going to help demonstrate what is possible for families across the country.”

As a presidential candidate, Yang made a universal basic income — what he called a “Freedom Dividend” — the centerpiece of his campaign. He told voters that the U.S. was “in the third inning of the greatest economic and technological transformation in the history of our country” with advances in automation and artificial intelligence poised to radically reshape the global economy. “If you’re dealing with an economic shift this historic, then you need to bring real solutions to bear that are going to help people manage the transition,” he told Rolling Stone in 2019. “And the most efficient way to do that is a universal basic income.”

Yang’s message and his refreshingly unpolished approach as a candidate helped him amass a fervent online following and raise tens of millions of dollars. His tech-centric vision also drew praise from Dorsey, Y-combinator president Sam Altman, and Tesla’s Elon Musk, to name a few.

Yang exited the race after disappointing finishes in the Iowa and New Hampshire primaries. But he translated his grassroots following and fundraising prowess into Humanity Forward, a nonprofit group devoted to growing support for universal basic income.

As the Covid-19 pandemic ground the U.S. economy to a halt and put 30 million people (and counting) out of work, Yang suddenly wasn’t so alone in his crusade for a basic income. Democratic and Republican lawmakers, from Rep. Alexandria Ocasio-Cortez (D-N.Y.) to Sen. Mitt Romney (R-Utah), spoke out in favor of direct cash payments to cushion the blow of the coronavirus shutdown. Yang consulted with policymakers in Washington, D.C., and watched his signature idea make its way into the CARES Act, one of the pandemic relief bills, in the form of a $1,200 payment to middle- and low-income Americans. “You have no choice but to take drastic measures to help support demand and keep American families above water, and there’s no realistic way to do that except just to put cash in everyone’s hands as fast as possible,” he told Rolling Stone earlier this year.

In the “Yang Speaks” podcast interview, Jack Dorsey credits Yang with bringing what was once a fairly obscure idea of a basic income to a mainstream audience. Dorsey tells Yang it’s “just a tragedy” that so much of the coronavirus relief funds earmarked by Washington had gone to “the banks and larger companies when it could be going into the hands of individuals in this country.” While the Trump administration’s relief efforts have included direct cash payments and expanded unemployment insurance benefits, small and minority-owned businesses have struggled to secure financial support through the Trump administration’s Paycheck Protection Program. Hundreds of publicly-traded companies have received billions of dollars in relief through the PPP, and the Federal Reserve has come to the rescue of large firms with direct lending and lowered interest rates.

Dorsey says he sees universal basic income not only as a way to help people who’ve lost their income during the pandemic but also as a safety net of sorts in a fast-changing economy. “Every single field is going to be touched by automation, and UBI to me represents a floor,” Dorsey says. “A floor that people can stand on, and have the knowledge and peace of mind that they could survive and eat and feed their children while they are learning how to transition into this new world.”

As the CEO of Square, the online payment and e-commerce platform used by millions of small businesses, Dorsey says the technological changes that were underway before the pandemic have accelerated as a result of this crisis. “There’s no one person leading this automation charge, and there’s no one person that can stop it,” he says. “That’s why we need to look inwards and make sure we’re taking care of everyone, especially our most vulnerable as this shift happens. People need that peace of mind to face it in the first place.” Businesses, for instance, have stopped using human cashiers and moved to online-only payment models. “This crisis, this pandemic is accelerating the rate of change that we had expected,” he says. “I’ve been saying we’re seeing 10 years of progress or change in 10 weeks.”

Dorsey says he decided to support Yang’s group Humanity Forward to help spur more experimentation about the uses and effects of a basic income in the U.S. “We only have so much time to address these things,” he says. “If the small steps we’re taking today compound into experiments that change and inform policy success, that’s awesome. And the more we can do in this space, the better.” 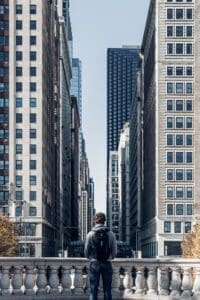 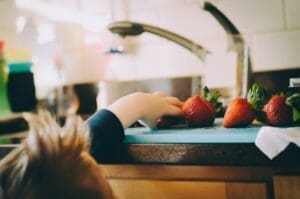 Chelsea, MA to provide 2,000 residents with unconditional cash for at least four months

San Francisco to Launch a Basic Income Pilot for Artists

How the Finland Experiment Has Newly Informed the Basic Income Debate