Basic income advocates have been calling on the government to make the CERB universal.

The temporary income support provides $500 weekly, for up to 16 weeks, to eligible Canadians who’ve stopped working because of the COVID-19 pandemic. Concerns have been raised that Canadians who don’t qualify for the CERB are falling through the cracks, spurring questions about why the government hasn’t provided direct financial assistance to everyone amid the crisis.

“Our focus at this point, and from the very beginning, has been on getting help to people who needed it,” Trudeau said Wednesday. “There are millions of Canadians who need help. There are others who do not need help.”

The prime minister said the CERB has already provided financial help to eight million people since it was launched in mid-March.

It’s an explanation that senior officials have previously offered for why a targeted approach was chosen rather than giving cheques to everyone through a universal basic income.

Trudeau offered a more candid response in French when pressed on the same topic during his daily press conference outside Rideau Cottage.

A universal CERB would not have been easier to manage than the current program, the prime minister explained. It’s not as easy as saying we’re going to send a cheques to everyone — it’s not as simple as that, he said.

The government has faced continued calls to scrap the CERB’s eligibility criteria in favour of making it accessible to all Canadians financially impacted by COVID-19.

NDP Leader Jagmeet Singh told reporters earlier this month that he’s received assurances from the prime minister that gaps in the current iteration of the program will be addressed.

NDP MPs have repeatedly called on the Trudeau government to make the emergency benefit universal. Singh reiterated that suggestion Wednesday in a statement responding to Trudeau’s announcement of a promised emergency benefit for students.

“It’s easy. The government should make the CERB universal so that students — and anyone else who needs help — can get the help they need right away,” Singh said.

Trudeau’s comments toss a bit of cold water on a push from senators to give the concept of a universal basic income some serious consideration, particularly during the current COVID-19 pandemic.

The idea of a basic or minimum income has been around for more than 500 years since Renaissance philosopher Thomas More wrote about the concept in his book Utopia.

It proposes the creation of a social welfare program to guarantee everyone sufficient minimum access to basic necessities such as food, clothing, and shelter. Contemporary interpretations of this concept argue a universal basic income can be achieved by delivering government cheques to everybody, regardless of their financial situation. 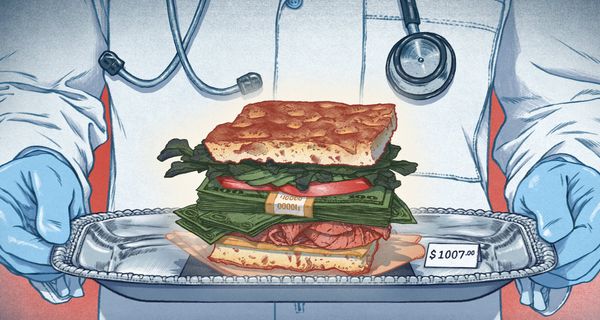 Fifty senators signed a letter addressed the prime minister, deputy prime minister, and finance minister Tuesday, calling on the government to evolve the CERB into a universal program.

The letter cited a need for more efficiency and “greater social and economic equity” in the rollout of the emergency benefit.

“Based upon what we are all hearing from Canadians, we believe it is very clear there will continue to be a need to create additional patches to the CERB to stop other groups of Canadians from falling through the cracks,” the letter reads. “Further administrative work will also be required to renew eligibility of individuals in the next months and beyond.”

Eligibility criteria for the CERB has been continually expanded since it was originally pitched in March.

Sen. Kim Pate co-authored the open letter and told HuffPost Canada that there are still plenty of Canadians impacted by the pandemic who are not being assisted.

Prior to her appointment to the Senate in 2016, Pate spent 40 years working in and around the legal and penal systems with marginalized, victimized, criminalized, and institutionalized individuals.

“We have seen the evisceration of our economic and social safety net and health safety net over the past number of decades that’s resulted in many people not having their needs met, whether it’s their health needs or their economic needs or both,” she said in an interview.

“Those most on the margins are the people who are being left behind. And those are the individuals that we’re trying to assist.”

They may be covered, but there’s no assurance that this won’t actually put them further into entrenched poverty than they already are.” –Sen. Kim Pate

With reported gaps in economic, social, and health supports amid the current pandemic, Pate said she’s writing letters to provincial and territorial ministers urging them not to claw back temporary emergency benefits received by those on social assistance.

“They may be covered, but there’s no assurance that this won’t actually put them further into entrenched poverty than they already are,” she explained.

The Ontario senator is optimistic lessons will be drawn from the current pandemic to better prepare for the next crisis.

She said she is hopeful work in the coming years will develop “the appropriate economic, social, and health resources to try and prevent some of the issues that are coming to light now.”

Non-affiliated senators and members of the Independent Senators Group and Canadian Senators Group put their names on the open letter. But no Conservative senator added their name to the list of 50 signatories.

Senate Opposition Leader Sen. Don Plett told HuffPost the open letter was thoroughly studied and debated by the Conservative caucus. He suggested there was a difference in opinion over timing.

“Following this exercise, serious concerns were raised that led us to make a conscious decision that it would be inexcusable to use the COVID-19 crisis to experiment with an attempt to implement long-term changes to a minimum basic income plan.”

CERB ‘close as we’re going to be able to get’ to universal basic income: expert

A universal basic income is easy enough to understand as an idea, but experts say there are some reality checks that need to be addressed when discussing it as a feasible policy solution.

Jennifer Robson, an associate professor in political management at Carleton University, said the suggestion made by senators to use the Canada Revenue Agency’s tax rolls to deliver universal cheques to everyone is easier said than done.

“There isn’t one clean, magic, up-to-date, universal database that has everybody’s name, address, and banking information and social insurance number that the government can just turn to,” she explained.

“A lot of this information is actually stored in slightly separate files on ancient and creaking technology. And it’s not like they can just change a value in an Excel spreadsheet and magically, millions of cheques just get printed.”

The senators’ suggestion to use the CRA tax rolls to deliver universal cheques is “really optimistic,” and implies a certain universality of need, Robson said. The reality is that “not everybody needs money right now,” she added.

Another challenge is that not everyone files their taxes. Robson said her research has found that 12 per cent of working-age adults don’t file a tax return.

In Canada, the government must be legally authorized by an individual before money can be issued and sent to them.

“The process of actually having to verify all that information for millions of Canadians would be incredibly time-consuming — probably resulting in some significant delays,” she explained, pointing to problems the U.S. government is facing in its use of outdated technology to deliver emergency stimulus cheques to Americans.

As of Tuesday, the government has received 9.2 million applications for the CERB. Of those applications, 8.9 million have been processed and $21.3 billion has been paid out.

Robson doesn’t think it’s currently realistic to rehaul the CERB into a crisis minimum income that senators are calling for in response to the current economic crisis.

The benefit, designed to be temporary emergency support for people who’ve lost their jobs or income due to the COVID-19 pandemic “is about as close as we’re going to be able to get” to a universal minimum income, she said.

Giving People Money With No Strings Attached Is Good for Their Health, Dozens of Studies Indicate

People from societally advantaged groups think equality-promoting policies will affect them negatively, even if they would actually benefit

What will it take to make basic income programs permanent?

Opinion: Australia should have a universal basic income for artists