After a week of Congress members and the Trump administration proposing various plans to get cash into the hands of Americans to help them weather the coronavirus crisis, the Senate has unanimously passed a plan.

The “phase three” coronavirus bill, includes, as of now, cash measures totaling $290 billion, according to the Center for a Responsible Federal Budget.

For example, a single childless person with an AGI of $85,000 would get $700 because $500 of the benefit was phased out by their higher income.

Unlike some early Senate Republican proposals, there is no minimum income (which would’ve excluded very poor people), and the check amounts don’t “phase in,” so the middle class doesn’t get more than the poor.

Here is how that policy looks in graph form: 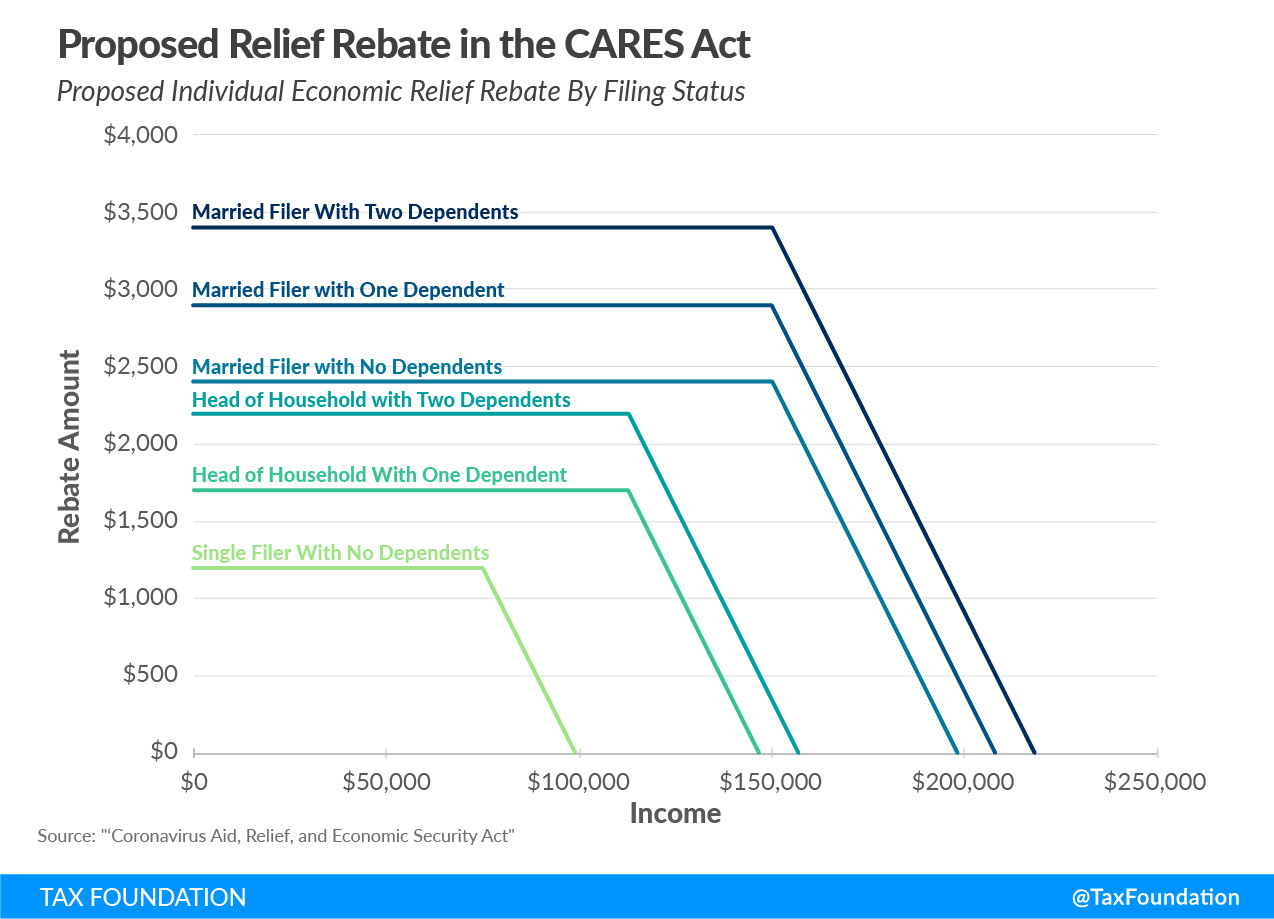 The conservative Tax Foundation estimates that 93.6 percent of tax filers will get a check. Using a conventional measure (that is excluding “dynamic” effects), they find that the poorest fifth of Americans will see their income grow by 16.33 percent due to the bill while the top 1 percent won’t see their incomes grow at all. One hundred percent of the poorest households would potentially be eligible for a rebate, a huge change from the earlier Senate GOP proposal in which as little as 80 percent of poor households were eligible. 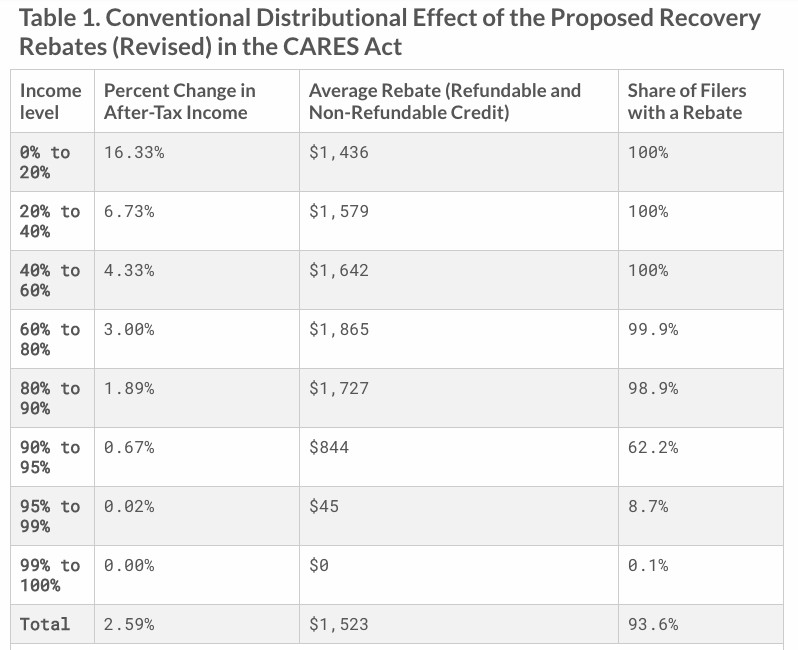 The phase-out for top earners will be done using 2019 tax returns or 2018 returns if the taxpayer in question hasn’t filed their 2019 taxes yet. The bill says that taxpayers relying on Social Security as part of retirement or through the Social Security Disability Insurance program can have their Social Security Administration data used directly; beneficiaries of Supplemental Security Income, which often benefits old or disabled people in poverty, are not included in the current version.

But it’s important to note that a large minority of Americans don’t file taxes. The Tax Policy Center estimates that in 2019, about 43.8 percent of American “tax units” owed zero or negative income taxes. Most of those Americans will still file taxes to get refundable credits like the Earned Income Tax Credit or to retrieve taxes withheld by their employer that they don’t actually owe. But millions of Americans — 12 percent is a decent estimate — will not file taxes, either because there’s no reason to or because they’re among the millions eligible for the EITC who don’t receive it.

The Senate bill as written would require these people to file 2019 returns to get their coronavirus checks. That’s a potentially significant burden, especially at a time when the IRS’s volunteer tax prep centers for low-income people are largely shut down due to social distancing (I should know — I’ve been volunteering this tax season and haven’t gone in since March 14).

Senate Democrats included among their demands a request that the bill be amended to allow cash to go more directly to these people. Some of them are addressed by the Social Security language already in the Senate GOP bill, but more could be included by allowing the benefits to be sent through EBT cards to people benefiting from welfare or food stamps, or by allowing it to be added the Supplemental Security Income checks for elderly or disabled poor people, or by allowing states to send the rebates to households whose information they have on file.

These changes are unlikely to make it in the final bill, as the House is expected to pass the Senate language by a wide margin. There is some language allowing the Treasury Department discretion in getting checks out fast, but how meaningful that language is depends on how the department uses that authority. In case Congress does decide to amend the legislation, the Center on Budget and Policy Priorities’ Robert Greenstein lays out some options here.

How Universal Basic Income Could Save Lives in a Pandemic

Democrats retook Senate control after the Georgia runoffs. Here’s how they can get $2,000 stimulus checks to Americans and boost Obamacare — all without GOP support.