Secretary-General of the UN: New generation of social protection is needed – including universal basic income

UN chief: World ‘at the breaking point’ with vast inequality

A new generation of social protection is needed – including universal healthcare and a universal basic income: Guterres.

United Nations Secretary-General Antonio Guterres has warned the world is at a “breaking point” and calls for a new model for global governance to tackle inequalities exacerbated by the coronavirus pandemic.

Delivering the annual Nelson Mandela lecture online on Saturday, Guterres said the pandemic “has been likened to an X-ray, revealing fractures in the fragile skeleton of the societies we have built”.

“It is exposing fallacies and falsehoods everywhere: The lie that free markets can deliver healthcare for all; the fiction that unpaid care work is not work; the delusion that we live in a post-racist world; the myth that we are all in the same boat,” the UN chief said.

He outlined the main drivers of inequality including systemic racism, the legacy of colonialism, patriarchy, gaps in access to technology, and inequalities in global governance.

“The nations that came out on top 70 years ago have refused to contemplate the reforms needed to change power relations in international institutions,” Guterres said in his blunt speech, pointing to the voting rights in the United Nations Security Council (UNSC), where the United Kingdom, China, France, Russia and the United States have veto powers.

Guterres said the response to the pandemic “must be based on a new social contract and a new global deal that create equal opportunities for all and respect the rights and freedoms of all”.

The new model would ensure inclusive and equal participation in global institutions, fair globalisation, a stronger voice for the developing world in global decision-making, and a more inclusive and balanced multilateral trading system, he said.

He said developed countries are strongly invested in their own survival and have “failed to deliver the support needed to help the developing world through these dangerous times”.

The novel coronavirus has infected more than 14 million people and there have been nearly 600,000 known deaths worldwide. The UN has appealed for $10.3bn to help poor states, but has received only $1.7bn.

Guterres’s address marked what would have been the birthday of former South African President and Nobel Peace Prize winner Mandela.

South Africa, the world’s most unequal country a quarter-century after the end of the racist system of apartheid, is quickly becoming one of the world’s hardest-hit nations in the pandemic and now makes up roughly half of Africa‘s confirmed coronavirus cases. Already, its public hospitals are nearly overwhelmed.

The speech by the UN chief took aim at the vast inequality of wealth – the 26 richest people in the world hold as much wealth as half the global population, Guterres said.

The legacy of colonialism still reverberates, Guterres added, and it shows in global power relations. 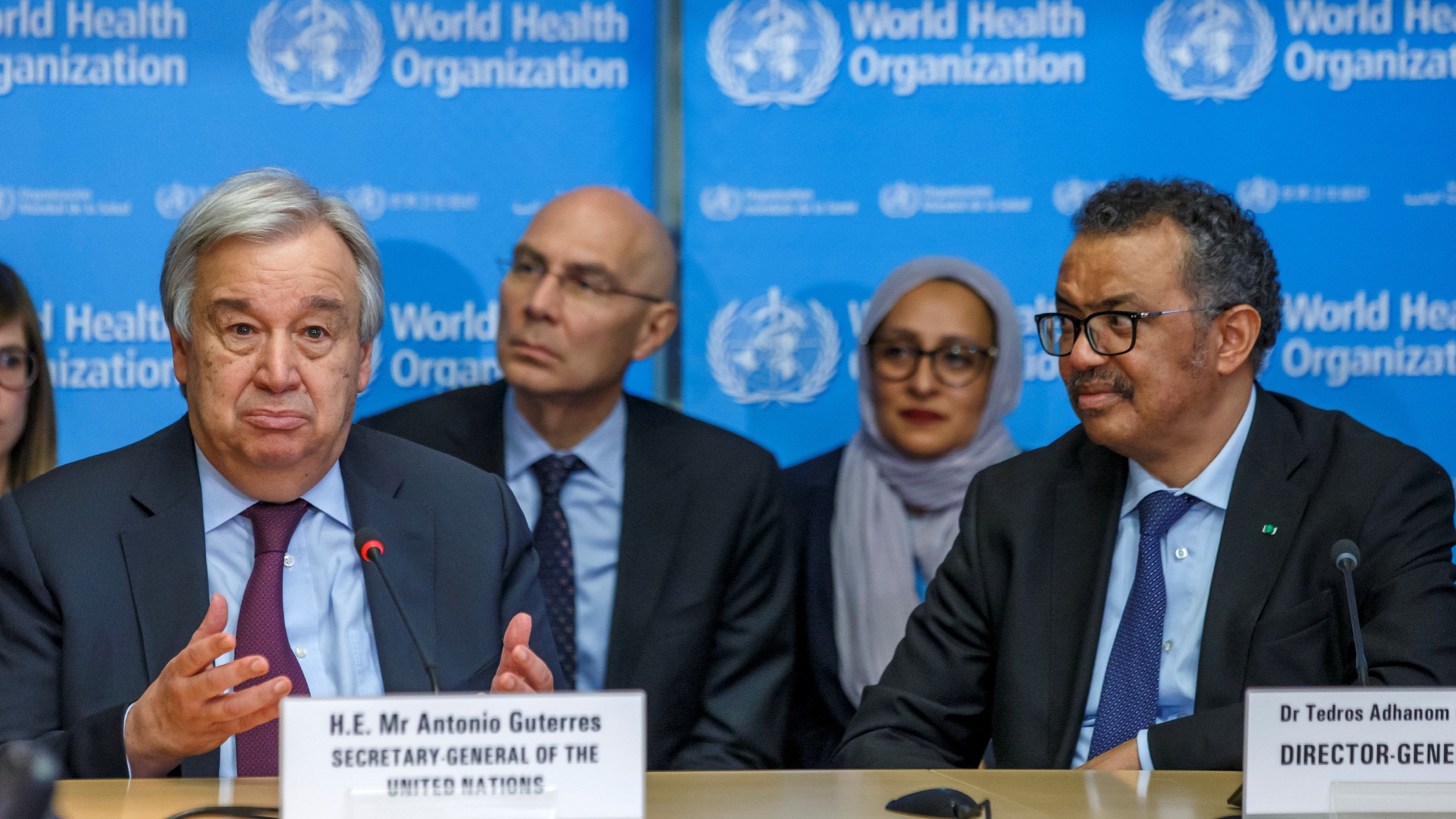 Developing countries, and especially African nations, are underrepresented at the levels of power including at financial institutions such as the World Bank and political ones like the UNSC.

“The nations that came out on top more than seven decades ago have refused to contemplate the reforms needed to change power relations in international institutions,” Guterres said. “The composition and voting rights in the United Nations Security Council and the boards of the Bretton Woods system are a case in point.

“Inequality starts at the top: in global institutions. Addressing must start by reforming them,” Guterres said.

A new generation of social protection is needed, including universal health coverage and perhaps a universal basic income, he said, adding “individuals and corporations must pay their fair share”.

Education spending in low and middle-income countries should more than double by 2030 to $3 trillion a year, he said. In the face of enormous shifts from climate change, governments should tax carbon instead of people.

Answering questions after his speech, Guterres called for “massive support” for the developing world including debt write-offs. He said the suspension of debt payments until the end of this year, which was agreed upon by the G20, the world‘s 20 major economic powers, “is clearly not enough”.

And he noted, without naming names, that “leadership and power are not always aligned”.

Guterres concluded: “Now is the time for global leaders to decide: Will we succumb to chaos, division and inequality? Or will we right the wrongs of the past and move forward together for the good of all?”

Nearly one third of people that have gone back to work after being laid off during the coronavirus pandemic have lost their jobs again, study finds

The $600 unemployment bonuses did not lead to people working less, Yale study shows