Universal Basic Income did not disincentivize people from working. The results of this study contradict one of the most common arguments against UBI.

Providing workers with a universal basic income did not reduce the amount of effort they put into their work, according to an experiment conducted by Spanish economists, a sign that the policy initiative could help mitigate inequalities and debunking a common criticism of the proposal.

Examining a universal basic income worth about one-fifth of workers’ median wages, the researchers also found that the threat of being replaced by robots did not impact workers’ productivity, nor did a tax on firms when they replace a worker with a robot or automated process, though the latter successfully created a disincentive for managers.

Their research, published last month in Humanities and Social Sciences Communications, utilized a behavioral economics lab set up by Fundación COTEC, a nonprofit organization honorarily led by the king of Spain that promotes innovation as a driver of economic and social development.

The foundation aimed to understand how automation and universal basic income may impact entrepreneurs, companies and the public sector.

Researchers recruited 900 individuals to take part in the experiment, 59% of whom were female and 98% of whom were university students. The average age was 21, with a minimum age of 19 and a maximum age of 30. Participants were asked to work on a set of tasks and were paid based on their performance. Researchers then introduced several different scenarios, such as replacing certain participants with robots and creating a universal basic income worth about one-fifth of the workers’ median pay, to see how worker productivity was impacted.

Though it was a laboratory experiment, Angel Sánchez, a co-author of the research and professor at Universidad Carlos III de Madrid, said the researchers wanted to ensure their findings would be applicable in real-world situations, so the money given to participants had to be earned.

“It’s not like I just give you money and then you don’t feel you should care much about what to do with it,” Sánchez said.

“No — you earned it and you’re going to feel it’s yours and you don’t want to throw it away. And that’s key in the experiment because that’s what we think gives external validity to the experiment.”

The researchers also vetted their experiment with the Fundación COTEC board of trustees, many of whom are part of Spain’s largest companies, “and they think this experiment made perfect sense, of course as a stylization of real life,” Sánchez said.

Though most of the experiment participants were university students, Sánchez said this, too, adds to the robustness of their methods — 40.9% of people under 25 in Spain are unemployed, according to the Organization for Economic Co-operation and Development, the highest youth unemployment rate for OECD companies.

“So we thought that they would be, for this particular problem, a very good audience because this is something that touches upon what they are going through now,” Sánchez said.

“So in that respect, I’m more confident.”

He added, though, that the results of the experiment are likely applicable outside Spain. Finland, for example, experimented in 2017 and 2018 with a universal basic income and found that it improved individuals’ mental and economic well-being, though the employment effects were small, which Sánchez said disproves the common argument that a universal basic income would cause fewer people to work.

The Spanish government, in light of the COVID-19 pandemic, has begun its own nationwide experiment with a monthly basic income, providing approximately $500 to each adult in the program.

Spain is prioritizing families, including single-parent households, and hopes to reach 1 million homes with the initiative.

Additionally, Sánchez said he hopes to see more research done on robots and automation, especially around how a tax on substituting a human with a robot might impact the economy.

“It’s probably something governments could try at least on a smaller scale for some sectors and see what happens,” he said. “Because this is something that, outside of this experiment, I haven’t seen.”

Though a worker-replacement tax could help pay for a universal basic income, Sánchez and his colleagues also wrote in their research that an automation tax might impede technical change, which could pose long-term problems for society.

“So other theoretical studies would be useful, too, in what’s the way to either prevent workers from being substituted by machines or to get money from the guys that are now using machines to compensate the workers that are laid off,” Sánchez said.

“These two schemes need a lot of research. There’s very little done there.” 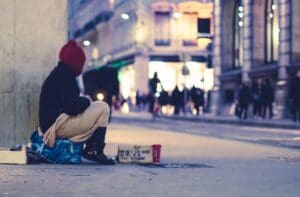 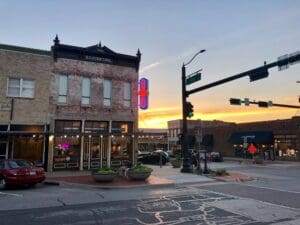 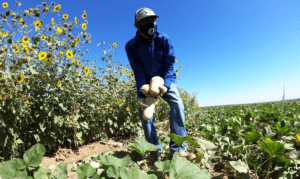 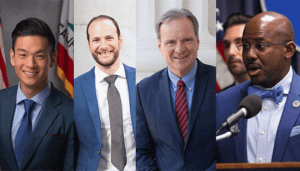 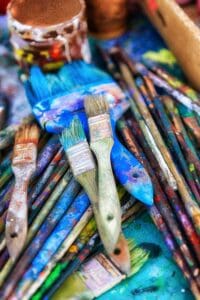