Lee Jae-myung’s progressive platform in the presidential race could give transformative politics a boost globally.

In the face of the COVID-19 pandemic, and with economic and ecological crises only intensifying, it is easy to understand why so many people feel hopeless for the future. All the more so after this year’s UN Climate Conference (COP26) failed to provide the radical roadmap we need to avert climate catastrophe and as governments are trying to take us back to a dystopic, unequal “normal” despite early promises of a post-COVID re-set.

There are, however, hopeful signs of change, visible beyond the negative wall of impossibility erected by the corporate-captured media. One of these comes from South Korea, where the Democratic Party’s candidate for the presidency, Lee Jae-myung, is running on a platform arguably unmatched in its radicalism anywhere in the industrialised world.

Let me be clear at the outset that Lee is a controversial figure who is the subject of considerable critique from the left and the right, not least because of some allegedly questionable personal and political decision-making. This article, therefore, does not intend to uncritically lionise him as any kind of saviour. But the platform he is running on for the March 2022 presidential elections has such potential that it merits wider discussion.

Lee, who served as governor of Gyeonggi Province until October, is promising three major reforms: unconditional basic income (UBI), a land tax, and a carbon tax. Alone, each of these would be radical; together, they form the basis of a programme that could be transformative.

UBI is an idea almost as old as capitalism itself, and it aims primarily to attenuate the injustices of that economic system. It involves providing all people a regular cash stipend without a means test or work requirement. This would replace the complex, costly and often inefficient “benefits system” with a universal transfer set at an amount sufficient for survival.

Although simple, the implications of such a reform could be seismic.

Scholars argue that by removing the threat of destitution at the heart of the “free” market (either you accept whatever job is on offer or you starve), a UBI scheme could reduce deprivation and exploitation, liberate creative energy, allow women to leave abusive relationships, encourage men to trade work for child care, and enable all of us to re-train or pursue further learning. Perhaps just as significantly, UBI portends a shift in societal values away from “the more you are paid the more you matter” towards “we all matter so we are all paid”.

The idea of a land tax is similarly progressive. First floated by the Victorian reformer, Henry George, a land tax aims to reduce the economic rent that accrues to scarce or monopoly-controlled resources like land with a view to redistributing wealth and fostering productivity. George recognised that when the resources that we all need to survive are privatised by a select few, they can extract exorbitant rates from those able to pay while excluding those who cannot.

This leads to ever-greater concentrations of wealth alongside rapidly rising inequality, which – economists like Thomas Piketty argue – we need wealth taxes to address. It is no coincidence that Lee’s manifesto refers to the land tax as “a corrective”.

Also corrective is his manifesto’s third radical pillar – the carbon tax. Carbon taxes are widely advocated across the political spectrum as a way to wean our economies off of carbon dependence and move towards the clean, green technologies that will be vital if we are to avoid the worst of climate chaos.

The principle is similar to that underpinning the taxing of tobacco and cigarettes: we know that both are damaging, so elected governments impose tariffs to make their use less and less attractive and to fund public spending with the proceeds. In Lee’s case, the dividends would be used to fund a transitional UBI before other revenue streams come online, making the link between the economic and ecological crises and how to deal with them thrillingly explicit.

Indeed, beyond the potential that each of these individual reforms has, it is precisely the fact that they are woven together in a coherent attempt to tackle climate and capitalist crisis that is so exciting. Lee’s manifesto boldly states that its goal is to foster the “transition to a sustainable economy…[to] transform a carbon civilisation into an ecological civilisation…[and to] transform the rent-seeking economy into an innovation-seeking economy”.

These are worthy goals in any context and echo calls for a Green New Deal on both sides of the Atlantic.

What makes them radical in the full sense of that term (which derives from the Latin word meaning “root”) is that they collectively aim to address the underlying causes of the interlinked issues we face, and not just their symptoms.

Lee’s project is far from perfect. A major issue, for example, is the arguably paradoxical attempt to marry radical transformation with sustained growth – surely, a chimera when we live on a finite planet and an idea subject to sustained critique from de-growth advocates and steady state economists alike. However, his proposals match in their ambition the seriousness of the task before us and they far outstrip what is on offer in other advanced economies.

Should Lee go on to win next year’s election, then South Korea could come to represent the model for other progressive leaders to emulate. For such a victory will show that hopeful, transformative visions still have a place in our politics. 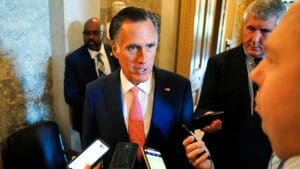 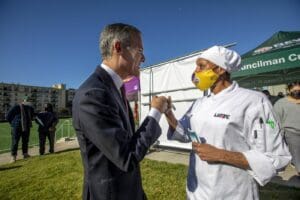 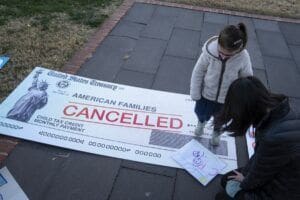 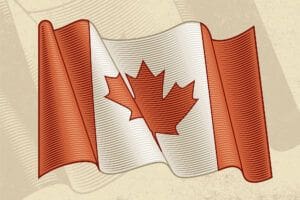