On Tuesday, Basic Income Network Scotland (BINS) will launch a new year-long campaign to pressure politicians to enshrine in law the right to a universal basic income in an independent Scotland.

A universal basic income is a payment made to everyone in a country, regardless of their employment status or salary. Proponents say it would boost economic growth while being more efficient than the traditional welfare safety net.

Scotland has already “led the basic income movement in the UK for some time”, according to Cleo Goodman, the project director of the Basic Income Conversation, who is involved in the push for the concept to be guaranteed post-independence.

The Scottish Government has previously investigated the possibility of testing the feasibility of a universal basic income – but has not run pilots because of its limited powers.

Goodman said a Welsh pilot scheme which began in July this year showed more action could be taken “in the meantime” despite the constraints of devolution.

The year-long campaign will kick off with an event in Edinburgh on Tuesday, and will feature speakers talks from Karyn McCluskey, the chief executive of Community Justice Scotland and Craig Dalzell, head of policy from Common Weal.

Mike Danson (above), visiting professor in public policy at Strathclyde University and chair of BINS, said: “Over the next 12 months, based on our research and extensive expertise, we will be making the case for a universal basic income so that everyone in an independent Scotland would benefit from our common wealth.

“No one should ever be facing poverty, having to choose between heating and eating in a developed, energy-rich economy.

“We will be advocating for a universal basic income to secure a just transition to a Scotland which supports enterprise, creativity and environmental sustainability.

“We’re really excited to be hosting our first live event since 2019, where we will have an evening of speakers, dynamic discussion and live music, all brought together by a vision for a more fair, empowered and creative Scotland.

“With the national conversation on Scottish Independence and our future now revitalised, it is crucial that any vision for Scotland moving forward includes a basic income.”

Goodman added: “Scotland led the basic income movement in the UK for some time with investment in the feasibility study of a Scottish pilot and the groundbreaking research that was published as a result of that project.

“But now this action from Scottish Government and local authorities has slowed despite the public support for a basic income continuing to increase.

“Holyrood would need collaboration or independence from Westminster to deliver a basic income, but as the Welsh pilot for care leavers shows, more can be done in the meantime.

“This campaign from BINS will play a crucial role in ensuring a basic income is a solid part of Scotland’s future.”

The organisations said in a statement a universal basic income would have the potential to tackle the “epidemic of stress” and could help “eradicate poverty” and unleash “creativity, entrepreneurship and the freedom of time to pursue our dreams”.

Opponents of universal basic income point to the costs of taking on the project, which a House of Commons briefing paper put at around £316 billion per year (based on a payment of £100 a week for everyone older than 16 and £50 a week for those younger) versus the current UK benefits bill, which is around £250bn per year.

Strathclyde University’s Fraser of Allander Institute put the figure for covering Scotland only at the level currently provided by benefits as £7bn, rising to £38bn if it was to provide each person in the country with an annual income of £25,000 per year.

The SNP, Scottish Labour and the Scottish Greens all supported either the introduction of a universal basic income or exploring its feasibility in their 2021 Holyrood election manifestos.

A Scottish Greens spokesperson said: “Universal Basic Income would be a crucial step in tackling poverty and inequality and could have a hugely positive impact on health and wellbeing.

“After years of Tory cuts and austerity, there are millions of people who are struggling and being forced to choose between eating and heating their home. It doesn’t need to be like this. Universal Basic Income would allow us to transform our economy.

“Independence is about breaking from the failed policies of the past and doing things differently.

“Universal Basic Income is a key part of our vision. It is the kind of vital and ambitious change that is only possible with the powers of a normal independent country.”

The campaign launch event will be held at the Wee Red Bar, Edinburgh at 7pm on Tuesday, November 29 and is free to attend. 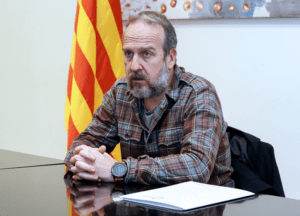 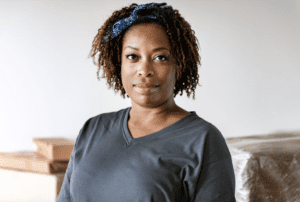