Bipartisan support exists for a 2019 basic income proposal that would supplement the safety net for Mainers in need.

Sass Linneken understands from personal experience how cash payments can help lift people out of poverty.

Linneken, who uses they/them pronouns, became homeless after getting pregnant at the age of 16. After years of struggling with homelessness, they eventually got a housing voucher and a stable place to live. But it wasn’t until Linneken received a cash payment of $15,000 in retroactive child tax credits that they were able to pay off some debts and go to college.

“It completely changed my life,” the 43-year-old Skowhegan resident said. “I had an anomaly happen in my life that allowed me to pull out of it.”

Linneken is now part of a group quietly looking into whether Maine should begin providing direct cash payments to low-income residents to supplement other safety net programs. The effort has been underway for the last three years and has been delayed by the pandemic, and the committee is now asking the Legislature for more time to commission a feasibility study and develop recommendations.

Providing cash payments as an anti-poverty tool is known as a basic income program, and it’s far from a new idea. Experiments with basic income – whether the cash payments go to all citizens or only those in need of support – have been conducted around the world, including in other parts of the United States.

Basic income doesn’t mean providing people with the equivalent of a full-time salary – it’s generally a limited cash benefit, although amounts vary. Some programs use a dedicated revenue stream, such as oil revenue in Alaska, while others rely on government funding or private philanthropy.

Some economists argue that universal cash payments are a more efficient way to help people out of poverty and that they don’t discourage people from working in the way some other assistance programs do. The idea has gotten more attention and support as the income gap has widened between the wealthy and the working class.

Doug MacKay, who teaches public policy at the University of North Carolina and has studied basic income programs, said the idea of a universal cash benefit for everyone is a “utopian policy” that captures people’s imaginations. But it’s actually more modest programs targeting low-income people – the versions being discussed in Maine – that are gaining traction among policymakers.

And it’s not just progressive Democrats who like the idea, he said. “There are arguments on the left and the right for this,” MacKay said.

Proponents on the political left see it as a way to enhance traditional safety net programs, MacKay said, while more libertarian-minded people see it as a way to shrink government and empower individuals to make their own choices, rather than having their behavior dictated by bureaucrats.

Although basic income experiments vary, MacKay said cash payments are generally not large enough to discourage people from working. Some studies noticed a drop in employment among recipients, he said, but there are often good reasons for that, whether it’s a single mother choosing to spend more time with her children or teenagers who are able to finish high school before entering the workforce.

“My sense is that when you actually study these policies, the transfer is not that much, so people still have an incentive to go out and work everyday,” he said.

While basic income programs are more common in low-income countries, MacKay said wealthier countries are also warming to the idea. He noted how U.S. policymakers approved cash payments to help people during the pandemic.

“The pandemic in some ways has accelerated this,” he said. “To some extent, policymakers in high-income countries are getting more comfortable with this idea of just giving people cash with no strings attached.”

Universal basic income received national attention when Andrew Yang made it a key part of his unsuccessful campaign to be the Democratic presidential nominee in 2020. With the support of some economists, Yang proposed giving $1,000 a month to every American over the age of 18, regardless of work status or any other factor. He proposed a similar program when he ran an unsuccessful campaign to be New York City’s mayor.

The Maine study, however, is focusing on what it calls “Basic Income Security.”  Those involved in the Maine study suggested that they were not interested in a universal basic income program that gives every adult a check regardless of need. Instead, they spoke about targeting relief to low-income households.

Such a program is certain to run into strong opposition, including from some in the Republican Party who have long sought to scale back state welfare programs.

Jason Savage, the state party’s executive director, dismissed the idea of providing a basic income in addition to other safety net programs.

Penelope Morrell, a retired administrative assistant who lives in Belgrade, has testified at the Maine State House about the ongoing study. The 74-year-old Republican said in a recent interview that a basic income program would discourage people from working and punish those who do.

The basic income security study comes against the backdrop of new revenue projections for state coffers, with economic forecasters predicting that the state will receive $822 million more in revenue for the coming year.

The projected surplus has both Gov. Janet Mills, a Democrat, and Republicans looking for a way to return some of that money to taxpayers. Republicans have called for income tax cuts, while Mills has suggested “direct financial relief” to Mainers struggling with increased prices for electricity, home heating fuel and groceries.

Direct cash payments have been embraced during the pandemic, with the U.S. Congress providing stimulus payments to adults, increasing the child tax credit program and offering parents an additional monthly payment of $250 to $300 per child. The Center on Poverty & Social Policy at Columbia University reported that the child tax credit, which expired this month, reached 61.1 million kids, keeping about 3.6 million kids out of poverty.

Spokespeople for Mills did not respond to questions about whether the governor supported the basic income concept.

There are currently more than 15 pilot programs providing basic income in the United States, according to the Stanford Basic Income Lab, which has been tracking the trend since 2017. About 20 more pilot programs are in the works and another eight pilots have already been completed in other states. Most of those programs appear to be funded through private donations or dedicated revenue streams, such as from casinos or oil production.

Three basic income experiments have been conducted in Canada. And at least nine other basic income programs are being tested in other countries, including Brazil, Spain, Iran and South Korea.

Last session, the Legislature approved the creation of the Committee to Study the Feasibility of Creating Basic Income Security – a group that would build off the work of a prior committee that spent two years studying existing programs and pilots and that produced a report last year. That report pointed to some examples of direct cash payments to low-income people helping to lift them out of poverty without discouraging people from working.

One was a government-funded program in Manitoba, Canada, in the 1970s. More than 2,260 low-income households participated, with 75 percent of the funding coming from the federal government and the remaining portion from the provincial government, according to Stanford’s Basic Income Lab. Individual payments varied based on the families’ incomes.

That experiment found a modest decline in work effort, a decline in demand for medical care, an increase in high school completion rates and decreases in crime and domestic violence.

Another was Alaska’s Permanent Dividend Fund, which uses revenues from the oil industry to provide annual payments of $1,000 to $2,000 a year to about 667,000 people. The program, established in 1982, is closer to the universal income model because it provides payments to all Alaskans except those excluded because of criminal convictions.

The current committee, made up of a bipartisan group of lawmakers and advocates, was charged with conducting a feasibility study for basic income program by December but didn’t complete the work, in part because of pandemic disruptions.

The committee is now asking lawmakers for up to two more years to finish its work. It has received proposals from three groups – the Maine Center for Economic Policy, University of Maine System and Stepwise Data Research – interested in conducting the study and has already raised $25,000 from the community to fund it. The group hopes to raise additional funding, so it can commission a more robust study.

Sen. Ben Chipman, D-Portland, who co-chairs the new committee, said any basic income program recommended by the committee would have to be funded in a sustainable way. While Alaska’s program is funded through dividends on oil revenues, Chipman said Maine could explore financing a basic income pilot by tapping into revenues generated from tourism or marijuana sales.

“There’s definitely different sources of revenue we could look at that’s already coming into the state without having to raise any taxes,” said Chipman, who co-chairs the taxation committee. “This is definitely a really good use of funds. It’s just making sure it’s sustainable. I wouldn’t want to launch something only to have to shut it down.”

Chipman said he believes that a basic income program could receive some bipartisan support, as long as it’s targeted to low-income Mainers and especially if rolled out as a pilot program in communities with pervasive poverty, such as in Washington and Piscataquis counties.

While the concept is popular with progressive Democrats, some Republicans are at least open to the idea.

Sen. Marianne Moore, R-Calais, is one of two Republicans to serve on the committee. Moore said she would need to see the results of the feasibility study before deciding whether to support a basic income program. And if she does, she understands that it will be a hard sell to her fellow Republicans.

If a program is recommended, even a pilot program, Moore also expects it to be difficult to persuade her constituents to participate. Although Washington County has the second-highest poverty rate in the state, Moore said residents are hard-working, proud and hesitant to accept any sort of handouts from the state.

“It would take a bit of an adjustment for them,” she said. “A lot of them are still adjusting to the fact that they’re getting the child tax credit.”

Linneken is one of two people serving on the committee who have experienced poverty.

“I want those cash payments. I know they will change lives,” Linneken said. But Linneken also is advocating for the creation of a group that would review existing safety net programs so, together with a basic income program, they will actually reduce the need for those programs to begin with.

“It’s also making sure there’s really some group looking at the way these things interact and making sure they work in a way that’s actually lifting people out of poverty instead of just keeping them from starving to death,” Linneken said. “We want to change that.” 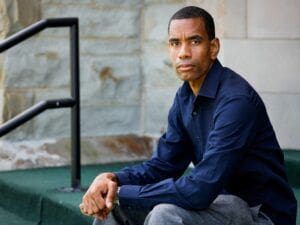