Without the child tax credit, Stormy Johnson is worried about having enough to eat.

Johnson, 44, works as a student support specialist in Preston County Schools in Kingwood, West Virginia. Since July, she’s been receiving an additional $500 each month through the enhanced child tax credit for her two children, Violet, 14, and Tristan, 13, whom she parents alone.

That money has helped the family stay afloat. In the last year, they had to move due to a fire and Johnson had to get a new car after the engine in hers blew out. With the rising costs of housing and vehicles, she now has $1,400 more in expenses each month than she had to pay last year, she said.

“I have $50 left before the child tax credit, and that’s just with my house, car payment, my insurance and necessary utilities,” she said. “That’s before I buy any food, pay for gas for work or get any toiletries.”

If payments cease in January – as they’re slated to if Build Back Better isn’t passed – she will struggle to make ends meet each month.

Other parents are feeling similarly about the end of the expanded credit. Half of those getting the credit said it will be more difficult to meet their family’s basic needs without the benefit, and 36% said they will no longer be able to meet those needs, according to a recent survey by ParentsTogetherAction.

Since July, the families of 61 million children have been receiving advanced payments on the child tax credit, which was expanded this year to $3,000 from $2,000 with an extra $600 for children under the age of 6. The first half was delivered in monthly deposits.

The last payment of the year went out Dec. 15 and may be the final check. Democrats have included a one-year extension of the benefit in the House-passed Build Back Better plan, but the legislation still needs to pass the Senate by Dec. 28 for there to be no gap in the money.

“Families are going to spend this holiday very stressed about the future of these checks and the rising cost of living that’s happening around them,” said Natalie Foster, co-founder and co-chair of the Economic Security Project.

The poorest children will lose

The credit has been a lifeline to many families during the pandemic.

Melissa Boyles, 63, and her husband are currently raising their 16-year-old granddaughter, Navaeh, in Clarksburg, West Virginia. Neither Bowles or her husband can work due to injuries and illness and instead collect disability.

They had not planned on raising a child at this point in their lives on a fixed income. The monthly payments have been a huge help — in addition to using the money for extra food, Boyles was able to buy Navaeh a secondhand dress to go to her school’s homecoming dance this fall.

— Amy Hanauer, Executive Director of the Institute on Taxation and Economic Policy

“That $250 means a lot,” said Boyles. She also pushed back on the idea of adding work requirements to the benefit, something that’s been proposed by Sen. Joe Manchin, D-W.Va..

“Why should my granddaughter, or other people who are raising their grandchildren, be disqualified from it because we raised our kids and are no longer working or are unable to work?” she said.

Without the credit, some 10 million children will fall into poverty or further into poverty, according to the Center on Budget and Policy Priorities. About 27 million children – mostly Black, Latino or from rural areas — will lose the benefit entirely if it is no longer fully refundable, part of the enhancement this year.

The lowest-income households will be hit the hardest. If the credit were continued through 2022, the poorest 20% of families would have seen a 35% income boost, according to a study by the Institute on Taxation and Economic Policy.

That’s significant for parents who are working but haven’t all been able to get back to their pre-pandemic jobs and incomes.

“We’ve had strong job creation this year, but we have this economy that took an enormous hit, and there are still a lot of people out of work and there’s still a lot of disruption,” said Amy Hanauer, executive director of the Institute on Taxation and Economic Policy.

Lafleur Duncan, 53, lost her job as a nanny during the pandemic, and has been unable to return. Now, she’s working helping people improve their credit, but has found it difficult to make a steady income, she said. Her husband, a chef who works in a corporate building, is still working reduced hours because of Covid.

The $250 they’ve been receiving for her 14-year-old son has gone towards new school clothes, medication and food. She also opened a bank account for her son and saved some of the money for him for college, she said.

“It was stopping a big hole and if they take it away, it’s going to hurt us tremendously,” said Duncan.

Of course, Congress could still pass Build Back Better and extend the payments for one more year. But if that action doesn’t happen before Dec. 28, families may see a gap in payments or get checks later than usual in January.

Even households on more stable footing are worried about the benefit going away. Stefanie Cuene, 45, lives with her two children, aged 7 and 10, in Scottsdale, Arizona. Cuene, who works in communications, doesn’t necessarily rely on the payments each month, she said, but still uses the money for her children.

She’s been glad to have a safety net. Cuene went through a divorce in 2019 and so now lives on only her income. In addition, she was laid off twice during the pandemic, and periods of unemployment eroded her savings.

“It made me realize how quickly it can go from everything is going well to being in debt and not being able to provide for my kids anymore,” she said, adding that knowing the money is coming each month provides stability for her family.

Ending the benefit will mean that some families lose stability that they’ve gained over the last six months.

The $250 that Marla Snead, 52, has been getting for her 14-year-old daughter, Carlee, has been a godsend, she said. She’s used the money on necessities such as food, clothes and school supplies, as well as birthday and Christmas gifts, said Snead, who lives in Chesapeake, West Virginia.

“It literally has me anxious,” Snead said of the payments potentially going away. “I have been able to get her the things she needs and deserves. I don’t want that to go away.”

“I do not want to have to look into her eyes and tell her no when she is in need of anything,” said Snead. 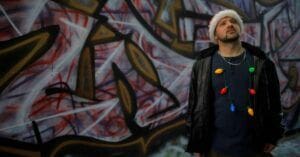 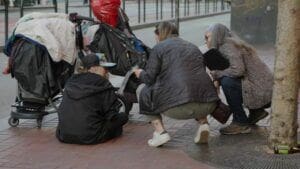 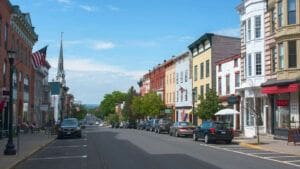 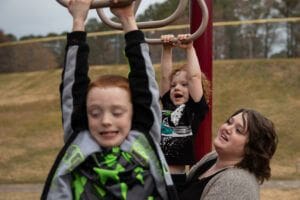 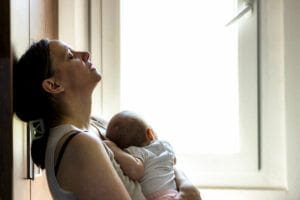 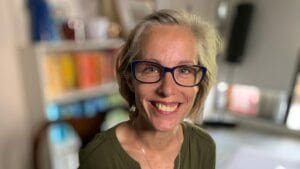