Under proposal, every adult would get between £50 and £100 a week regardless of income

Hull wants to become the first UK city to test a weekly universal basic income for its residents after a cross-party group of councillors formally backed the idea.

The proposal would mean every adult would be paid a basic sum – potentially between £50 and £100 a week – regardless of income, and do away with the need for welfare.

People receiving disability payments would instead get the equivalent sum in universal basic income (UBI) and there would be higher payments for pensioners and lower sums for children.

The ambitious scheme has been trialled with varying success in Finland, the US and Kenya but the idea has been gaining traction in a number of UK cities, particularly in the north of England.

Matt Jukes, the chief executive of Hull city council, will write to Sajid Javid, the chancellor, to request permission to pilot UBI after winning the backing of councillors last week.

The shadow chancellor, John McDonnell, had promised to allow trials of UBI if Labour won last month’s election, with Liverpool and Sheffield earmarked as two pilot cities. The Conservative government, however, has been less keen on the idea. It said previously that the proposal would not work for those who need more support such as disabled people and those with caring responsibilities.

Sam Gregory, who chairs a UBI lab in Sheffield in support of the scheme, said Hull’s backing was an important moment for basic income in the UK. He said: “Three major northern cities – Liverpool, Sheffield and Hull – have now asked to host pilots of this radical new idea, because the Westminster way of doing things has failed these communities for far too long.

“Even the Conservative councillors in Hull voted for this motion, saying that they were open-minded about a pilot in the city. We don’t know if UBI is the answer, but there’s a growing consensus between different political parties that we need to test it out.”

UBI trials in Finland, the only advanced economy to pilot a widespread scheme, found that people receiving basic incomes were happier, but they were no better and no worse at finding employment than a control group.

Economists on both left and right have argued for UBI as a source of personal empowerment, providing citizens with more choice over work, education, training, leisure and caring. Others argue that UBI would be too expensive and would be difficult to set at the right level, and believe higher spending on public services would work better.

Jack Haines, a Liberal Democrat councillor on Hull city council, said Britain’s welfare system was broken and that UBI could be a better way of helping those most in need. He said: “Hull is a progressive city and I’m proud the Liberal Democrats here as well as the other parties have chosen to try out this new policy, which has the possibility to transform the city and the country.” 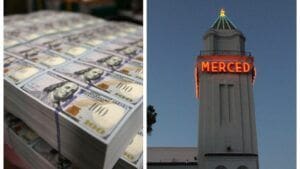