Walking through the streets of Maricá, Brazil, there is a sense that something is different about this city compared with others in the state of Rio de Janeiro. This seaside city is sparklingly clean; barely any trash is in sight, nor are people sleeping on the streets, compared with neighboring cities with trash mounds on street corners and people huddled in doorways. At night, families walk freely along freshly paved promenades and wood-decked viewpoints by the seafront. Maricá is by no means an affluent city in terms of luxury cars or housing, but compared with the other cities of similar size along the coast, a higher quality of life is plainly visible.

Brazil is not usually associated with generous social programs. However, Maricá, a small seaside city of 160,000 people, is making a tremendous impact on the lives of its citizens.

Over the past nine years, various social programs have been instigated, especially a basic income program called Renda Básica de Cidadania, which is paid in a local social currency named mumbuca—named after both a river that runs through Maricá and also one of the local Indigenous peoples.

A basic income program consists of a regularly paid stipend of money given to all citizens of a community, regardless of income. Although discussed since the Enlightenment period by such prominent figures as Thomas Paine and the Marquis de Condorcet, only a handful of cities and provinces have piloted schemes based on a form of basic income worldwide, in places in the United States, Canada, and Finland, among others. Supporters of basic income recognize it as a fair way to redistribute funds to reduce growing inequality and simplify a convoluted welfare state. But the idea of unconditional cash payments funded by the state has not gone much further than successful small-scale pilot programs.

Residents of Maricá who have lived in the city for at least three years and belong to a household with a monthly family income of up to 3,135 Brazilian reals (approximately $640 USD) and have signed up for the program currently receive 170 mumbucas a month.

The mumbuca converts to reals at a ratio of 1-to-1, in a country where the poverty line is set at 178 reals per family per month. Indigenous residents receive 300 mumbucas per month.

Accounts in the alternative currency are held by Banco Mumbuca, a city-owned bank.

The money can be accessed in the form of a card (there is no physical form of the currency), and residents can manage the money through the bank’s mobile phone app. The mumbuca is accepted within the city at approximately 3,000 establishments, such as hairdressers, grocers, and pharmacies. About 19 million commercial purchases are made per month in the alternative currency.

The municipal community bank of Maricá, Banco Mumbuca, opened in 2013 with a cash balance of 2 million reals ($410,000) and is a branch of Instituto Banco da Periferia, a nongovernmental organization based in Fortaleza in northeastern Brazil whose purpose is to provide economic and social development for communities in the region. The Maricá local government decided to open the bank to distribute money from royalties from oil sales found in the Santos Basin along the Maricá coastline in 2010. The objective was to distribute the income to help the 13,000 residents of Maricá living in extreme poverty at that time.

The bank had just 40 accounts open on its first day, a slow beginning, and at the time, it distributed just 85 mumbucas per person monthly. “As a pioneer, the municipality of Maricá had to invent a form of social and political engineering to, at the same time, make the basic income program economically viable, making the merchants convinced that it would be a benefit for them too and the benefit for people in vulnerable situations,” said Adalton Mendonça, the secretary of economy for the Maricá council. “Teams were assembled in the squares, in the shops, to register, create accounts, and open bank branches … even with some difficulties, we managed to win this battle, but we continue in the fight to make basic income a right.” At the end of 2021, the bank had 65,367 active accounts, and 2 billion mumbucas circulated in Maricá from 2018 through September 2021.

Retail merchants that accept mumbuca pay a 2% fee, which pays for a zero-interest line of credit offered by Mumbuca Bank to entrepreneurs in the formal and informal market segments, with the program helping residents open businesses that they otherwise would not have been able to open. Residents can also receive interest-free home improvement loans in mumbuca.

During the COVID-19 pandemic, Maricá boosted its payments to help reduce the harmful effects of the pandemic on its citizens.

From April to June 2020, residents received an extra 170 mumbucas per month. In addition, in 2020, the Abono Natalino, an additional payment paid in December every year through the mumbuca program, was paid eight months in advance, in April, so beneficiaries of the program received 430 mumbucas in April 2020.

Informal workers, “micro-entrepreneurs” in the city who are not registered with the federal government, were also paid the minimum government salary of 1,045 reals ($210) in mumbuca for three months. “The mumbuca helped me a lot during the pandemic, as no one was buying anything,” said Rose Souza, who runs a small business selling handbags.

Washington Quaquá, the mayor of Maricá until 2016, was inspired to initiate the program by a lifelong dream of an egalitarian society to create the basic income program in the city. “Our challenge is to guarantee a minimum income for needy families and also to leverage the development of the local economy,” he said in a statement at the time. As a member of the Partido dos Trabalhadores (Workers’ Party), this was entirely in keeping with the party’s socialist ideology. Quaquás’ successor, Fabiano Horto, also of the Workers’ Party, continues to support the program staunchly.

The local government sees the program’s success based on how many of its residents have access to and use the mumbuca: More than 42,000 families have signed up since the program launched.

“Social currency today is no longer a benefit to reach another policy, which has as its final point that every citizen of the city has the right to have an income from the resource from oil royalties,” Horto told the newspaper O Dia in 2019. The mayor said he plans to invest the money received from oil responsibly. The sovereign wealth fund created to manage the royalties will retain 5% of the money received every month to make the mumbuca and other social programs sustainable for the future. In 2022, the wealth fund is expected to control 1 billion reals ($210 million).

The local government also provides 1.8 million in mumbuca for more than 2,000 students living in Maricá, which pays students 50 mumbuca per month and offers additional support of 1,200 mumbuca to incentivize students to continue with their studies. “We are going to give these young people the opportunity to start thinking, from an early age, about what they want for their lives,” Adriana Luiza da Costa, the education secretary in Maricá, said in 2019. “This is liberating education, not only in the educational sense, but also in the sense of thinking about work. With this resource, they will be able to think about forming companies, cooperatives, and producing their work. Educating is this, dreaming together, making dreams come true, and giving them wings so they can fly.”

The city has used its share of oil revenues to fund other social services outside of the basic income program.

In 2021, the city government also created a free local mass transit program within the city, along with 188 bus shelters and 37 transport routes. The buses are called vermelhinhos, which can be translated to “little reds,” a nod to the color associated with the Workers’ Party.

And in November 2022, beneficiaries of the basic income program are expected to receive a card that provides access to municipal transport vans throughout the city. In 2022, the Federal University of Rio de Janeiro plans to develop hybrid and electric models of these buses. The city also operates a free public bicycle program accessed via a mobile app.

Several cities in the state of Rio de Janeiro receive royalties from oil, but until 2022, none of them aside from Maricá had used the funds to directly tackle poverty. In the past year, the mumbuca model has inspired other cities within the state of Rio de Janeiro, such as Niteroí, another coastal city that has a population of 450,000 people, to create its own community currencies based on the success of this model. Niteroí’s social currency is named arariboia and started payments in January 2022 to 27,000 vulnerable families.

States outside of Rio de Janeiro are also showing interest in the program. “Today, this success story extends to other states, such as Bahia, which has already demonstrated its intention to take the model, and the state of Minas Gerais, which has municipalities that have scheduled visits to learn about our model,” Mendonça said. “So it is the sustainable model that has popular support, political support, and national and international recognition. In this sense, we believe that we are on the right path.” 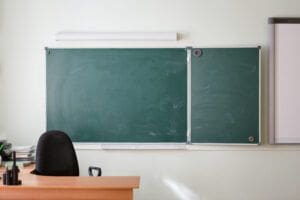 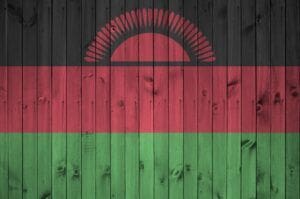 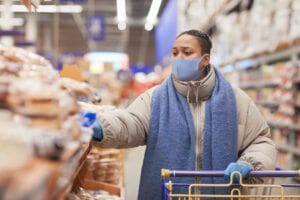 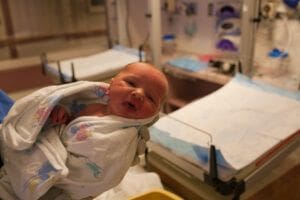 What’s in it for me?: A volunteer on how basic income supports ‘decency and dignity’