City Treasurer Ricky Bell wants Glasgow to be at the “front of the queue” for a universal basic income trial.

The councillor is aiming to get cross-party support for a motion calling on the Scottish and UK Governments to fund and commission a pilot scheme.

He hopes the move will “put political pressure” on the UK Government, which would need to approve a trial.

Glasgow City Council was one of four Scottish local authorities involved in a study exploring the possibility of a universal basic income (UBI) – an “unconditional, non-withdrawable income paid to everyone”.

A report, which recommends a three-year pilot scheme, has been passed to the Scottish Government.

First Minister Nicola Sturgeon has previously expressed support for universal basic income, but Chancellor Rishi Sunak has said the UK Government does not back the policy.

The proposed pilot model would need collaboration from the Department for Work and Pensions (DWP) and Her Majesty’s Revenue and Customs (HMRC).

Those between 16 and pension age could receive £213.59 per week on a high-level scheme.

Mr Bell’s motion – set to be heard at a meeting next week – will ask the council to instruct chief executive Annemarie O’Donnell to write to the First Minister and Prime Minister, Boris Johnson, noting the council’s “willingness to collaborate” in implementing a UBI.

SNP, Labour and Green councillors have previously shown support for a UBI trial.

The city’s Tories have opposed the proposal, arguing the policy has never been successfully implemented and would “radically increase the tax burden faced by every working household”.

The method recommended by the study would see two areas receive a UBI.

One would receive a high payment, based on the Minimum Income Standard set by the Joseph Rowntree Foundation. This would range from £120 per week to £213.59, depending on age.

He added the UK Government can find money for other projects so a UBI could be “made available if there was the political will”.

The City Treasurer thinks the policy would have made a “phenomenal” difference for Glaswegians during the Covid-19 pandemic.

“These problems have existed for a number of years; the pandemic has shone a light on them.”

His motion asks the council to note the “crisis of low pay and precarity” in the labour market and the “inability of our bureaucratically costly social security system” to provide an adequate income.

It adds a UBI has the potential to offer “genuine social security to all while boosting entrepreneurialism and the creation of small businesses”.

“Scotland is well placed to take a world-leading role in developing new radical approaches that provide a real safety net for the most vulnerable people in society, and that Glasgow should be at the heart of this,” the motion states.”

Researchers from the Fraser of Allander Institute at the University of Strathclyde, Manchester Metropolitan University and the Institute for Public Policy Research Scotland carried out economic modelling as part of the study. 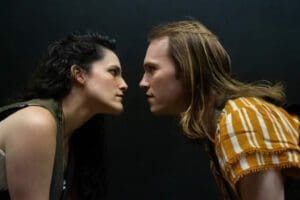