Finland’s flirtation with a basic income model will probably continue in some form, says a senior official at the Social Insurance Institution (Kela). The benefits agency is working on a final report on the country’s world-famous basic income trial, to be published in spring 2020.

“What’s going to happen within the next four years is a huge reform of the social security system and I think we need to experiment with and study different models,” Kela senior researcher Minna Ylikännö said of the trial. It offered 2,000 randomly-selected unemployed participants a no-strings-attached monthly payment of 560 euros to see whether or not it would encourage them to find work.

Initial analysis of the results suggested that in the first year at least, the limited experiment did not boost employment among the small test group. However Kela itself has said that the findings provide a basis for even bolder experiments such as a negative income tax.

Whatever shape a follow-up to the two-year trial takes, Ylikännö said she would like to see the test population expanded to yield more reliable results.

“I think we should include different population groups; for example low-income earners, housewives or house husbands, and students; to see how basic income might affect people doing jobs that they perhaps do not want to do, or from which they earn very low income.”

A reprise of the much-talked-about scheme will depend on the composition of the next government. After a crushing defeat at the polls in April parliamentary elections, the outgoing centre-right coalition will likely be replaced by a government led by the Social Democratic Partywhile still including outgoing prime minister Juha Sipilä‘s Centre Party.

The Kela expert said that the conversation around finding alternative options to the current system of benefits must continue. Advocates of a universal basic income system have been conducting research into this area for a number of years and Ylikännö said that their voices should also be heard. 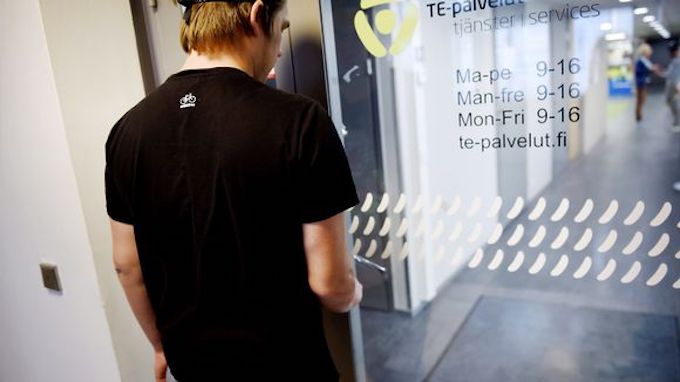 “I think we should listen to them, because they’ve been really thinking about how the labour markets will turn out – with the effects of digitalisation and automation and things like that,” Ylikännö explained. “It’s not just about basic income. It’s about thinking about the whole area of labour markets, income security and poverty reduction in a new way.”

Tuomas Muraja, a 45-year-old author and freelance journalist, was one of 2,000 unemployed people who received a tax-free monthly payment of 560 euros for two years as part of the trial.

Muraja wrote about his experiences in a book entitled Perustulokoe-eläin in Finnish (or Basic Income Guinea Pig). He described how learning of his selection for the trial gave him an immediate spring in his step.

He said that the feeling of security that a regular income provided – combined with a lack of stress from having to deal with bureaucracy – gave him added motivation and impetus to find a full-time job, and also allowed him the freedom to concentrate on a number of other projects.

Muraja estimated that during the trial’s two years, he applied for approximately 100 jobs – a level of activity that is reflected in a report by VATT, the government’s institute for economic research, which found that receiving the basic income did not make job-seekers passive.

Although he did not secure a full-time job during the trial period, Muraja did however complete and publish two books. He said he remains very positive about the benefits of the basic income model, arguing that it is “a win-win situation for society and unemployed people”.

“One of the lucky ones”

Mika Ruusunen was also a participant in the basic income trial but unlike Muraja had a full-time job throughout the trial period. Ruusunen initially became unemployed in 2013, and over the next three years divided his time between job-searching and further education. 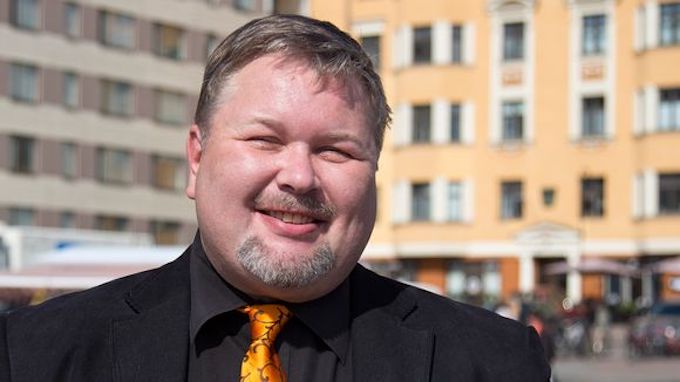 Mika Ruusunen got a job just before being selected as a participant. Image: Jani Aarnio / Yle

In December 2016, after completing a successful internship with an IT company, Ruusunen received an offer of a permanent full-time contract with the company. One week later, he was notified by Kela that he had been randomly selected to participate in the basic income trial.

“I thought ‘what the heck is this?'” Ruusunen recalled.

Ruusunen’s freshly-signed contract did not preclude him from participating in the trial and although he describes himself as “one of the lucky ones who also had a full-time job” during the trial period, he is now an advocate for replacing the current system with a universal basic income model.

“The current system does not encourage people, as it is very depressing. If you’re unemployed you have to constantly fill out forms – for nothing, actually,” Ruusunen said.

Ruusunen pointed to the lingering effects that the 1990s recession still has on Finnish society, arguing that it has discouraged an entire generation from becoming entrepreneurs and starting their own business. Universal basic income would lessen the risks involved in setting up a business and encourage more people to take the plunge, he claimed.

“Another positive benefit from basic income would be for those people working part-time jobs or starting their own businesses. That will have a massive influence throughout society,” he said.

Both Ruusunen and Muraja said they are eager to see Finnish authorities build on the initial findings of the trial, and work towards ultimately adopting some kind of universal basic income model.

“In 10 years I believe we’ll have a model of universal basic income in Finland,” Muraja predicted.

Basic Income for the Arts: The Pilot Scheme That Could Transform How We Make Art