This is a debate we should be having now, as the pandemic has caused the ground to shift on unemployment and government assistance

In honour of the 70th birthday of Hugh Segal this week (Oct. 13), might I recommend reading my friend’s latest book, Bootstraps Need Boots: One Tory’s Lonely Fight to End Poverty in Canada. Not as a gift to him, but as a gift to readers.

It is one of the more unusual political memoirs, organized around a policy idea rather than a curriculum vitae, and one of the more entertaining — and, in these troubled days, uplifting.

Hugh called himself, in an earlier book, a “happy warrior” and a measure of happiness is most welcome now that we have warriors aplenty.

Many Canadians might think that Segal is older than his three score and 10, given that he made his debut in Canadian political life 50 years ago. He started very young. While still a student at the University of Ottawa he assisted his mentor David MacDonald, the Red Tory from Prince Edward Island, in opposing martial law in October 1970. When the Public Order Act, a statuary continuation of the War Measures Act, was introduced in December 1970, MacDonald was the only MP to vote against it. Segal learned not to be afraid of being in the minority in his own tribe.

Minority did not mean marginal. He spent the next several decades near the centre of power, complementing the exercise of high political office with the influence of ideas as a columnist and author.

His ascent began with a rather rapid succession of roles. He ran for Parliament twice before turning 25, losing an Ottawa riding in the federal elections of 1972 and 1974. In the interim he served as a legislative aide to Progressive Conservative leader Robert Stanfield and then joined the premier’s office of Ontario’s Bill Davis, where he rose to principal secretary, participating in the negotiations to patriate Canada’s constitution. He would later serve as chief of staff to Brian Mulroney, be appointed to the Senate by Paul Martin, serving as head of the Institute for Research on Public Policy (Montreal) and Massey College (University of Toronto) along the way. He taught me at Queen’s University School of Policy Studies in 1994, the beginning of what has become a long friendship.

I recommend the memoir, though, not because of friendship nor because it is an affecting tale of a great Canadian life, growing up in Montreal on the “cheery edge of poverty” to the pinnacle of public service. I recommend it because it is most relevant to the current challenges we face, more so now than last year when it was published.

The central idea around which the book is arranged is the guaranteed annual income, or basic income, an idea Segal encountered in 1969 at a PC policy conference, and which was advocated by a (Liberal) Senate committee report in 1971. He has been advocating it ever since, and his engaging memoir tells the stories — from a master raconteur — about how he has done so in all the various capacities of his half-century career. Come for the policy discussion, stay for the stories — or vice versa.

The basic income has supporters on the socialist left and the libertarian right, and detractors of all stripes, too.

Due largely to the Davis government in the 1970s, we already have a basic income for seniors (Old Age Security and Guaranteed Income Supplement) and poverty among seniors has been greatly reduced. In 2016, the Trudeau government combined various measures for children into a single, income-dependent Canada Child Benefit, and child poverty dropped by a third (pre-pandemic).

Can it be done on a much larger scale for those in between of working age? Segal is convinced, acknowledging the complexity of policy design. I agree in principle, though I am more sceptical in practice.

Segal argues most persuasively that a basic income respects the dignity of the poor by liberating them from the intrusive meddling of the welfare bureaucracy.

I am inclined to think that even with less (or nothing) to do, the welfare bureaucracy will not easily disappear, depriving the exchequer of the significant savings needed for the expense of a basic income.

But that is the debate that we now must have, as the ground has shifted in recent months on unemployment, public spending and massive government assistance. The CERB and its replacement CRB look a lot like a (taxable) basic income, though introduced in haste without time for refined design.

We may be shifting to an economy that has less room for a vast number of lower wage workers — office cleaners, waiters, retail clerks, live musicians. Not all of them can become delivery drivers, at even lower wages. All of which does not even address the reduction in high-paid unskilled manufacturing work due to automation.

It is no longer radical to think that a basic income, limited or widespread, might have a role in the policy response to all this. It’s a conversation that Hugh Segal has been starting for 50 years; it’s a good time for others to join in. 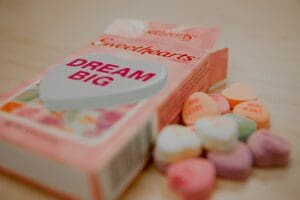 The Case for Universal Property 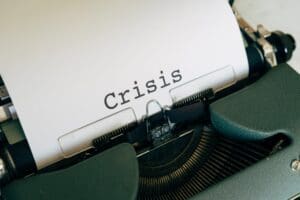 More than 125 economists are now urging a second stimulus check