More than 9,000 artists apply for basic income in Ireland

A small revenue-neutral UBI could cut poverty to lowest in 60 years at no net cost, according to new research

Opinion: Basic income would be an affordable and compassionate response to poverty 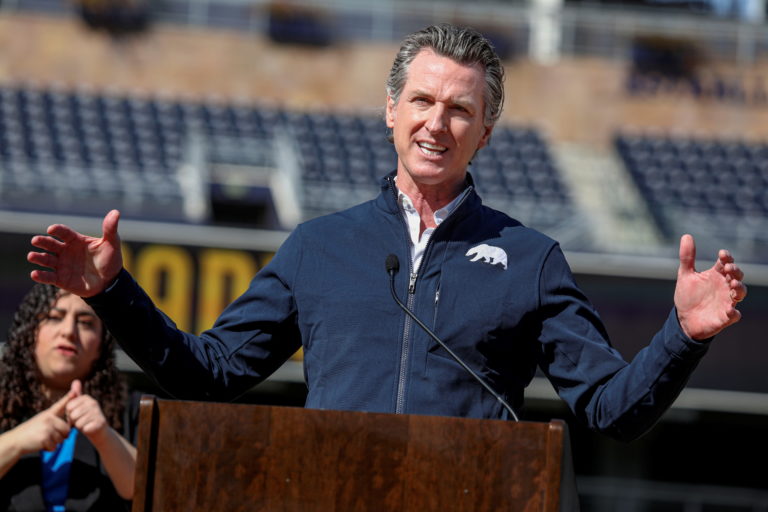 SACRAMENTO, Calif. (AP) — California Gov. Gavin Newsom wants to use a sliver of the state’s massive budget surplus to give poor people money each month with no rules on how they spend it.

Newsom’s budget proposal, announced Friday, includes $35 million over five years to pay for “universal basic income pilot programs.” The idea is to give poor people money each month to help ease the stresses of poverty that can make it harder to find full-time jobs and stay healthy.

It’s believed to be the first statewide funding for such programs, which are gaining traction in cities.

The idea has been around since at least the 18th century. Even the U.S. government experimented with it in the 1960s and 1970s under President Richard Nixon. It’s gotten new life in recent years thanks to former Stockton Mayor Michael Tubbs, who launched a privately funded guaranteed income program in his Northern California city in 2019.

Since then, mayors across the country have started their own programs, including one in Oakland earlier this year that pledges to give up to 600 families $500 each month. Last month, Los Angeles Mayor Eric Garcetti announced the city would spend $24 million to provide $1,000 per month to 2,000 households a year with “no questions asked.”

Newsom’s proposal would not create a statewide guaranteed income program. Instead, it would help pay for local governments to start their own programs. Local governments would have to help pay for it — either using local taxpayer money or finding private donors — and the programs must target low-income families.

The state proposal is a milestone for Tubbs, who has said guaranteed income programs will only work long-term if they are run by the federal government. His goal has been to demonstrate that these programs work in the hopes of convincing Congress to pay for one nationwide.

Getting state funding to commit to those programs is a big step toward that goal, as until now most of these local programs have been privately funded.

“This support from (Newsom) for local governments to test ideas to strengthen our safety net, provide economic security, and end poverty is needed to truly make the golden state golden for all,” said Tubbs, who lost his reelection bid last year and joined the Newsom administration in March as an unpaid special advisor.

Critics of these programs say they offer a disincentive for people to work. That narrative has played out over the past year as the federal government has increased the amount of monthly unemployment benefits during the pandemic. Employers have reported labor shortages as the economy reopens, blaming the increased benefits for preventing people from seeking work.

More than 9,000 artists apply for basic income in Ireland

$1,000 a Month for Farmworkers? Proposed Basic Income Payments Aim to Help Amid Drought