In a world where AI is rapidly advancing, the question of whether it would be a bad thing if machines took our jobs is becoming increasingly relevant. Some argue that the rise of automation could lead to a utopia of “fully-automated luxury communism”, where machines do all the work and humans are free to pursue leisure and creativity. Others argue that widespread job loss could have disastrous consequences for society.

…is the introduction ChatGPT produced when I asked it to write an article on whether AI will take our jobs.

If you’re unfamiliar with ChatGPT: it’s a chatbot that was launched by OpenAI in November 2022. Chatbots are nothing especially new, granted – many of us grew up sending random questions (or hurling abuse) at chatbots like SmarterChild or Microsoft Office’s anthropomorphic paperclip, Clippy. But ChatGPT seems unprecedentedly clever – so clever that Microsoft has invested $10 billion in its creator. You can ask it to write virtually anything: since its launch, people have been using it to churn out essays, craft love poems for Tinder matches, and come up with code to create basic websites. And write articles.

Naturally, now that the initial thrill of having a conversation with a computer has dimmed, some of us have started to consider the implications of highly intelligent machines like ChatGPT. How will tech like this be used in the future? Could it make our jobs easier – or could it take our jobs altogether? Recent research indicates that 30 per cent of jobs are “at risk” of automation by the mid-2030s. And if this happened, would that be so bad?

I told ChatGPT that I was a writer and editor at a digital magazine, and cut to the chase. “Are you going to take my job?”, I asked. The answer was, ultimately, no. “As a language model, I am not capable of taking anyone’s job,” it said. “I am a tool that can assist with tasks such as writing and editing, but I am not able to replace the creativity and unique perspective that a human writer brings to their work.” I’m biased, obviously, but I do agree that AI will never be able to adequately carry out the creative side of any job. ChatGPT’s introduction to this article was grammatically accurate, had no spelling errors, and was balanced and fair – but if ChatGPT was genuinely a freelance writer I’d commissioned, I’d send it back and ask for a bit more… panache.

AI won’t be taking my job, then (for now) – but what about other jobs in other industries? “In the future, AI has the potential to automate many jobs that currently require human [labour], particularly in industries such as manufacturing, transportation, and customer service,” ChatGPT said. It listed a few examples of specific jobs that could one day be automated: truck and taxi drivers, call centre agents, assembly line workers, financial analysts, and medical treatment planners.

I put this to David Spencer, an economics professor at the University of Leeds and author of Making Light Work: An End to Toil in the 21st Century. “This seems reasonable,” he says. “Jobs with the most routine elements are likely to be first to be automated and on current trends – with the development of driverless cars and chatbots – jobs in the above sectors are likely to be the first to be automated.” This might sound a bit unsettling, but there are plenty of jobs that have already been ‘taken’ by technology. ‘Knocker-uppers’ were eventually replaced by alarm clocks. We no longer need switchboard operators to make a simple phone call. Scribes were eventually supplanted by the printing press.

And arguably, some existing jobs should have been automated long ago. In David Graeber’s Bullshit Jobs: A Theory, he cites doormen as an obvious example of this. “They perform the same function in the houses of the very rich that electronic intercoms have performed for everyone else since at least the 1950s,” he writes (their only purpose now is for rich people to feel more important). It certainly seems as though we’re not working as efficiently as we should be: John Maynard Keynes predicted in 1930 by the end of the century, technological advances would mean a 15-hour work week would be the norm in the UK. In 1923, an “electrical expert” predicted that by 2023 we would all be working four-hour days, “owing to the work of electricity”.

In Spencer’s view, we’re long overdue a reduction in working hours. “Technology has advanced rapidly and in line with what Keynes predicted, but all the benefits of this advance have not gone to workers in the form of shorter hours of work and higher wages,” he explains. “Rather, in recent years, they have fed through to higher incomes for the rich. Tackling inequality in the present is important in addressing the barriers to working less and realising Keynes’s dream of a four-day week.”

Perhaps another reason why we’re not working as efficiently as possible is the fact that people don’t want AI to do their jobs. We see this play out on one occasion in Kazuo Ishiguro’s dystopian novel Klara and the Sun, where a character expresses her distress at robots supplanting humans from society: “First they take the jobs. Now they take the seats at the theatre?” This anxiety surrounding automation is palpable, even now. It’s understandable: our society views industriousness as a virtue, so it’s incredibly difficult to disentangle our self-worth from our job titles (this is probably why I’m so adamant that AI could never replace creative roles). It doesn’t feel very good to think that a literal machine could do what you devote one third of your life to – and even do it better than you.

Plus, Spencer says, without universal basic income or a fit-for-purpose welfare state, “there is the threat of unemployment and loss of income”. Again, we see this play out in Klara and the Sun: a central character, previously a skilled engineer, has been “substituted” and is now “post-employed” – in other words, his job has been automated. Instead of ‘pursuing his own projects’ and revelling in the joys of a utopian, post-work society, it’s implied he lives in a community with other ostracised “post-employed” people who have been driven into the arms of far-right ideology by their economic dislocation. So, how to avoid this? “Ways need to be found to reduce work via automation without imposing costs on workers,” Spencer says, “We need to address more fundamental issues about who owns technology and how it is used. Workers cannot expect to benefit from technology while they have no stake in it and no influence over its nature and evolution.”

And while lift operators and doormen may be surplus to requirement, we should also acknowledge that there is still value in a lot of work done by humans which could, technically, be automated. For example, a Dutch supermarket chain recently introduced “slow checkouts” for people who wanted to chat with supermarket assistants. The checkouts were so popular that they’ve now been implemented in 200 stores. So while customers could use self-checkouts and scan their own shopping, evidently, supermarket assistants who scan customers’ groceries are far from a ‘bullshit job’ – they have an immense social worth, especially in a world racked with loneliness.

For this reason, Spencer is critical of the idea of fully-automated luxury communism – an idea that advocates for full automation of everything, and common ownership of that which is automated –  which he says “misses the value of work”. Sure, some jobs really are pointless or could be automated, and often the people that do this kind of work will agree – but Spencer is right. There is value in high-quality, meaningful work: whether that value is social, creative, or practical. “Notions such as fully-automated luxury communism restrict our understanding of the role that automation could play in improving our lives at work and beyond it,” he says.

Evidently, there’s a balance to be struck. I’m not going to drag the customer service assistants and the taxi drivers who enjoy their jobs from their posts, yelling at them that it’s “for the greater good”. Using technology, in Spencer’s view, “should be about reducing work time and making work more meaningful” – not totally eradicating ‘the second space’. At the same time, the growth of automation isn’t something we should fear. As Graeber once said in an interview with Vox: “what if we just accepted that technology can perform a lot of the essential tasks and just worked less?” What could we do with all that new time? 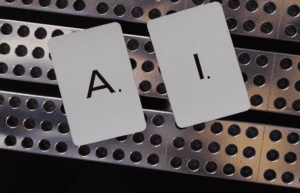 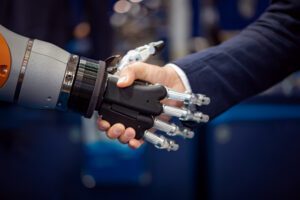 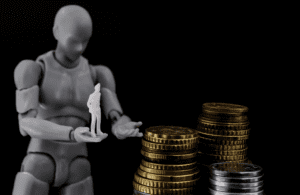 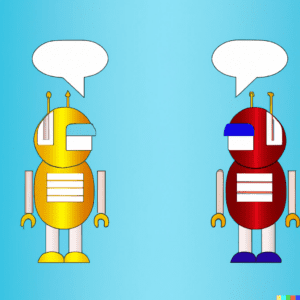 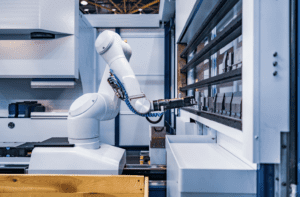 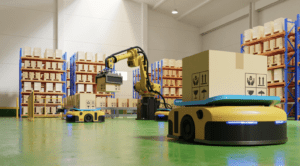