Here political philosopher and economist Karl Widerquist argues that UBI is required as compensation for the creation of property rights that robbed people of their natural freedoms. UBI is therefore necessary to create a voluntary participation economy with a free market for labor where every worker is protected by the power to refuse a job. —Scott Santens, Editor, BIT

Could basic income play a role in the fight against unfree labour?

The biggest threat to freedom in the world today is economic destitution. We need universal basic income (UBI) because destitute people are unfree to sleep undisturbed, unfree to urinate, unfree to wash themselves, and unfree to use the resources of the world to meet their own needs. Being unfree in these ways makes them unfree in all their economic relationships.

The destitute are unfree in the most basic sense of the word. The destitute are not unable to wash themselves and they are not unable to use the resources of the world to meet their needs: they are unfree to do these things. Because our governments enforce a property rights system in which some people control natural resources and other people do not, someone will interfere with them if they try to do these things that they are very capable of doing.

Poverty is not a fact of nature. Poverty is the result of the way our societies have chosen to distribute property rights to natural resources. For millions of years no one interfered with our ancestors as they used the resources of the world to meet their needs. No one failed to wash because they were too lazy to find a stream. No one urinated in a common thoroughfare because they were too lazy to find a secluded place to do so. Everyone was free to hunt and gather and make their camp for the night as they pleased.

UBI is not something for nothing. It is the just compensation for all the one-sided rules of property and property regulations that society imposes on individuals.

No one had to follow the orders of a boss to earn the right to make their living. Our hunter-gatherer ancestors were not rich, but they were not in poverty as we know it today. Our laws today make it illegal for some people to satisfy their most natural and simple bodily needs, and our laws make homelessness such a fact of life that we can believably pretend that it’s all their own fault. There are billions of people today who are more poorly nourished than their hunter-gatherer ancestors. It cannot be simply their own fault. We have chosen one way to distribute rights to natural resources; we can just as easily choose a system that does not create poverty as a side effect.

We have created the threat of economic destitution, and we have used it as a ‘work incentive’. In doing so, we have made virtually everyone dependent on their employers or on the government or private charities for which they might be eligible. This policy allows a few privileged people to dictate the terms of employment to virtually everybody.

We need to stop judging people and restore the freedom people had before governments took away their direct access to the world’s recourses.

UBI: Something for nothing?

The most common objection to UBI labels it as something for nothing, and declares that something for nothing unacceptable. They say people have a moral obligation to ‘work’. Lazy people who will not work should not be rewarded with anything. Therefore, supposedly, any social benefits should be conditional on at least the willingness to accept employment.

This argument is filled with problems. I’ll just discuss two. The first problem with it is that UBI is the farthest thing from something-for-nothing. All societies impose many rules on every individual. Consider the discussion of homelessness above. Why can’t homeless people build their own shelter and their own latrine? Why can’t they drink out of a clean river? Why can’t they hunt, gather, or plant and harvest their own food? They cannot do these things because governments have made rules saying they don’t have the right to do these things.

Governments divided the Earth into ‘property’. The wealthy got a share, while most people got nothing but the opportunity to ask the wealthy for a job. Those of us who somehow managed to get a share of the Earth’s natural resources benefit every day from the state’s interference with virtually everybody else (i.e. the people who didn’t get a share). We pay them no compensation, no reparation, nothing to restore the freedom you get from the ability to work for yourself with no boss, no client, and no caseworkers. A state without UBI is the state that has something for nothing.

The wealthy got control of resources without paying their real cost, and control of resources gives them effective control over the labour of virtually everybody. UBI is not, and should never be seen as, something for nothing. It is the just compensation for all the one-sided rules of property and property regulations society inherently imposes on individuals. 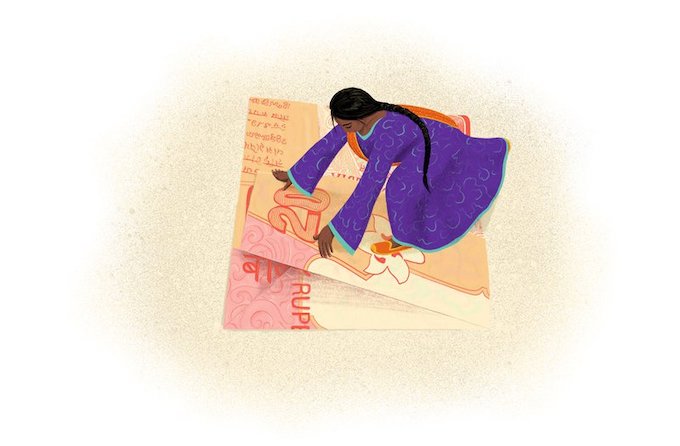 The second problem with the work obligation argument against UBI is that it conflates two different senses of the word ‘work’ – one that means toil and one that means employment or time spent making money. In the toil sense, work simply means to apply effort regardless of whether it is for one’s own benefit or for someone else’s. In the employment sense work means to work for someone else – such as a client or a boss. Anyone with access to resources can meet their needs by working only for themselves or with others of their choosing. But people without access to resources have no other choice but to work for someone else. Furthermore, they have to work for the same group of people whose control over resources makes it impossible for the propertyless to work only for themselves.

Working for someone else entails the acceptance of rules, terms, and subordination, all of which are things that a reasonable person might object to. There is nothing wrong with working for someone else and accepting the conditions of work as long as the individual chooses to do so. But there is something wrong with a society that puts one group of people in the position where they do not have the power to say no to the jobs offered them by more privileged people.

When we take away access to the Earth’s resources and make no reparation, we are not forcing people to work, but to work for at least one of the people controlling the Earth’s resources. When we do this, we create a mandatory participation economy the makes people unfree, vulnerable, and miserable.

The evidence is found in every sweatshop, in every ‘trafficked’ person, in every on-the-job instance of sexual harassment, in every homeless shelter, and in every worker who can’t afford any basic necessity of life.

The solution is to create a voluntary participation economy based on truly free trade. In this sort of economy, each person would pay for the parts of the Earth they use and each would receive a share of the payment for the parts other people use. This principle is the basis of UBI. With a sufficient UBI to draw on, each person would have the power to say no to a bad job offer, and the power decide for themselves whether the offers in the job market are good enough to deserve their participation. And that’s what it means to enter the job market as a free person. Nothing protects a worker better than the power to refuse a job. This power will protect not only the poor and marginal but all of us.

This debate was financially supported by a grant from Humanity United.