Now there’s a chance for anyone to volunteer for a guaranteed income program, one that you both can benefit from—and help support.

If you want to benefit from direct cash transfers or a universal basic income right now, you have to live in one of the areas where various governments or nonprofits are running pilot programs to test the idea. Not that many people have won that geographic lottery.

But now there’s a chance for anyone to volunteer for a guaranteed income program, one that you both can benefit from—and help support.

A new app called Comingle plans to offer this online community approach to guaranteed income. Members will contribute 7% of their weekly earnings to a general fund, which is then divided among all the members via a weekly payout.

Those on the lower-earning end will receive more money than they pay in. For those with higher incomes, they might put more into the fund than they get back, but Comingle founders Conrad Shaw and Josh Worth hope the benefit of helping others is enough of a draw to participate. Plus, that person might receive a net-positive payout in the future, if bigger earners join the platform or if they fall on financial troubles themselves.

“It doesn’t require any legislation to happen, it doesn’t require any nonprofit funding. It’s not built on a charity model,” says Shaw, a filmmaker currently working on a documentary about his own UBI pilot program in which he crowdfunded money to pay 20 people a weekly basic income over two years, and creator of the UBI calculator.

“It’s built on a community and solidarity and inclusivity model—that we’re all in this together. Our unofficial motto is ‘strength in numbers.’”

You don’t need to have an income to join or benefit, either. There is a $2 minimum contribution, but for those without an income, Comingle will deduct that $2 out of their dividend, and they’ll still come out ahead. “For people that are working, the freedom that comes with knowing you’ve got a guarantee of a certain amount of money gives you that little extra cushion to be able to start pursuing things for reasons beyond just being able to pay your bills,” says Worth. Regular cash payments could also add stability to freelancers—like Worth, a freelance graphic designer—who often experience ups and downs with their income. When a freelancer gets paid, they’ll pay more into the Comingle fund that week, and those weeks when they aren’t earning money, they’ll still receive a Comingle payout.

It’s not yet clear how much each Comingle member will receive weekly, because that payout depends on how many people join and how much is contributed to the fund (Comingle will max out payments at $15,000 a year). The company is hoping some funding from investors will help kick-start its payouts, and Comingle will make money by keeping a small portion of the fund—1% or 2%—for its operations. Every Comingle employee will also be a member, paying 7% of their earnings into the Comingle fund.

Shaw hopes this model is appealing to wealthy people who want to give back. “If you’re someone who’s consistently in the top 5% [of earners on the app], you’ll probably be consistently giving in,” he says. “But if you’re the sort of person that likes to give back and give to charities and know [your giving] is being effective . . . I can’t imagine anything is going to compete with 99% of every dollar going exactly to someone who needs it, and immediately, without paying any middleman salaries or missing the people who didn’t apply directly.”

Comingle isn’t up and running yet, but people interested in joining can sign up to be notified when the app launches. Shaw and Worth are planning a beta version to begin within a month, and an official launch a few weeks after that.

At its start, Comingle will only be available to people in the U.S., as long as you have a bank account that has been active for at least three months.

As the app grows, the founders hope to bring it to other countries, to those without bank accounts, and to allow for targeted giving, like if people want to directly help a community after a disaster, when residents aren’t able to earn money and federal aid may not be immediate.

Shaw and Worth also hope Comingle can introduce more people to the idea of a guaranteed income in an accessible way. On the Comingle site, the FAQ section tackles some of the criticisms or “controversial” aspects of a guaranteed income. “Isn’t guaranteed income just called ‘a job’?” one question asks. The answer notes a job is condition, and jobs come and go. “Isn’t this a lot of wishful thinking?” Answer: “You say that like it’s a bad thing.” And: “Is this socialism, communism, or some other word that I’m supposed to be scared of?”

“It’s people just like you trying something new, looking out for each other and dreaming of a better world.”

Worth and Shaw say they included these questions to address them head-on, not shy away from them. It’s not about starting a capitalism vs. socialism debate, they add, but to acknowledge that the system we have now isn’t working for a lot of people, so why not try something new? Worth references a recent blog by consultant Matt Webb, who wrote about the idea of “me money” and “we money.” “We need to have both of those,” Worth says.

Maud Gonne and the 1930s’ movement for basic income in Ireland

Opinion: It is imperative that members of the LGBTQ+ community are involved in the design process and advocacy of UBI

How UBI can expand educational and career opportunities

Basic Income Would Be More Effective Than Many Current Government Programs 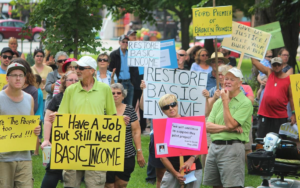 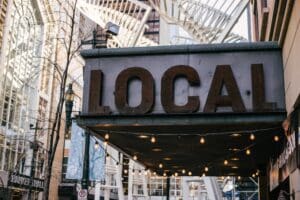 The moment for Universal Basic Income is now, and it’s local 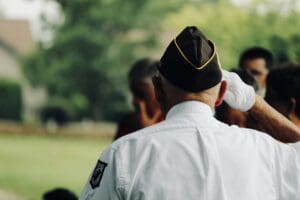 A $300-per-month UBI would cut Veteran poverty in half 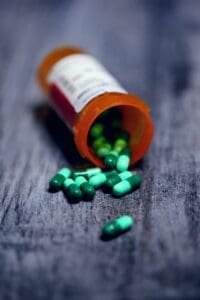 Basic Income Could Bring Relief to People with Chronic Illness