“Social assistance provided as charity rather than rights do not prevent poverty but perpetuate it,” 92 groups have said in a joint statement.

Several unions, political parties and rights groups have launched a campaign for the introduction of a basic income guarantee against increasing income inequality during the coronavirus pandemic.

The campaign was first initiated by the Union for Democracy (DİB) and supported by 92 groups, including the Peoples’ Democratic Party (HDP), which has the third-largest group in the parliament.

At a joint press conference yesterday (March 3), Nesteren Davutoğlu from the DİB said:

“The real agenda of the country is unemployment, poverty and livelihood. The demand for an income guarantee is on the table. Our goal is to realize it.”

A joint statement by the 92 groups reads, “The income inequality has reached a terrible extent. Both poverty and the number of millionaires and billionaires is increasing.

“Poverty is not only individuals’ inability to access shelter, healthcare and education services and their deprivation of adequate food but also their exclusion from the society.

“Social assistance provided as charity rather than rights do not prevent poverty but perpetuate it.

“… Especially in the pandemic conditions, it is the state’s primary to provide people’s most basic needs such as food, shelter and heating. If the aim is not to enrich the richest but to share the social wealth fairly and to prevent hunger and poverty, our country has resources to use for basic income security.”

Selin Sayek-Böke, the secretary-general of the main opposition Republican People’s Party (CHP), said at the conference that the pandemic revealed the corruption of the existing order.

“There is a deep, severe and deepening poverty. It affects millions of insecure people the most,” she said.

“We need to create an order in which all segments of the society can live in security. The basic income guarantee is a building block of such an order.” 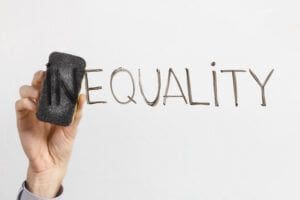 The powerful message behind ‘Maid’